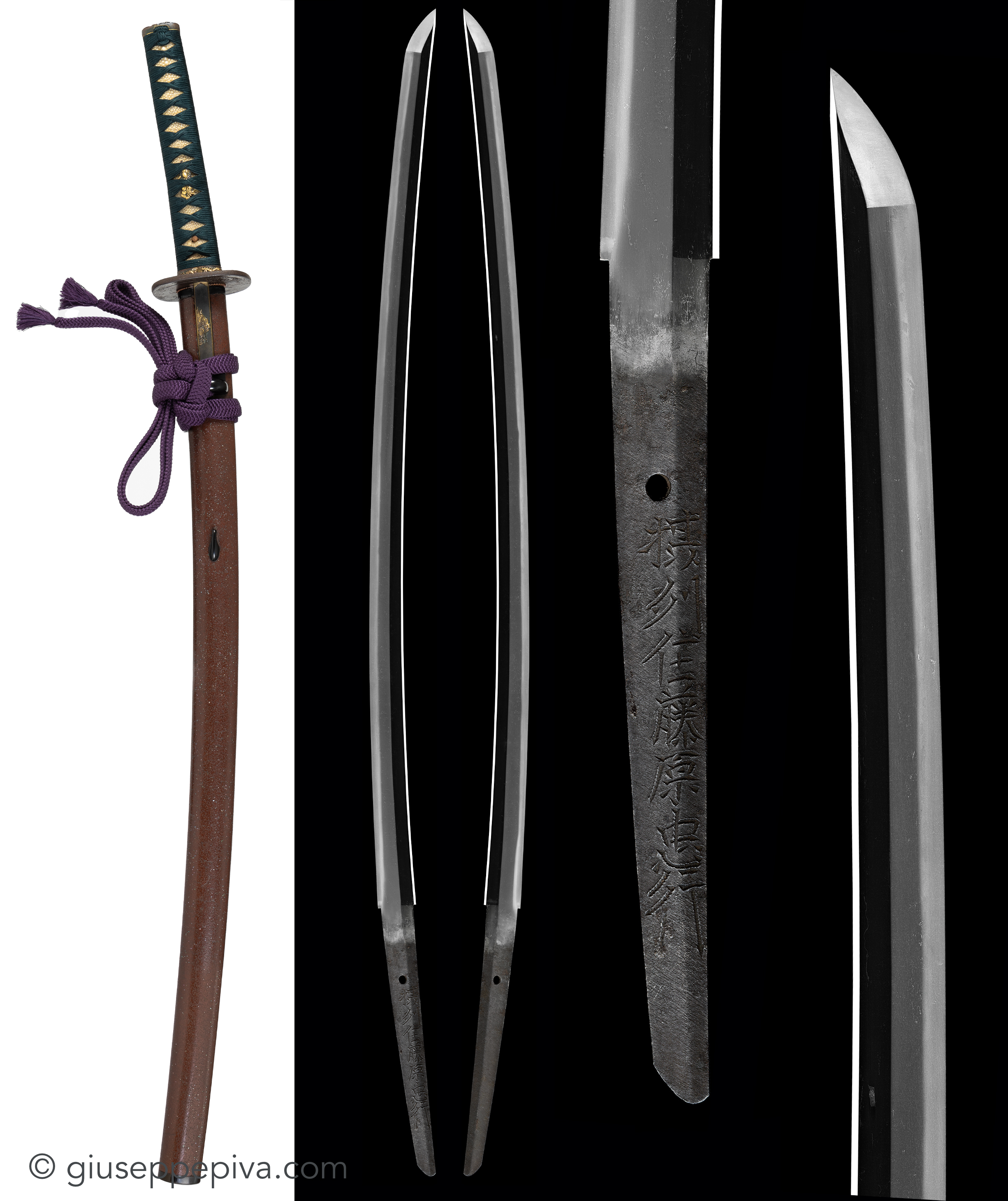 The blade comes with a Hozon Tōken (Sword Worth of Preserving) certificate issued by the Nihon Bijutsu Token Hozon Kyokai.

The sword is accompanied by a good antique koshirae with high level fittings with dragon motifs.

The Tadatsuna school was founded by Omi no Kami Tadatsuna in mid 17th century. Tadatsuna is included in the Osaka Shinto group along with Sukehiro, Inoue Shinkai, Echigo no Kami Kanesada, and some of the other best Shinto swordsmiths.

Tadatsuna’s younger brother and student, Tairo Uemon, took the art name of Tadayuki. His works are similar to those of his teacher and he is considered the best smith of the Tadatsuna school. His yakiba, as on this blade, is often thick and straight and his suguha can be considered equal to that of the second Tadahiro.

Tadayuki is rated “Jo Saku” by Fujishiro and he is found in the 50 smiths “Ryōwazamono” list for sharpness due to the excellent cutting ability of his blades. 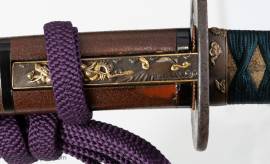 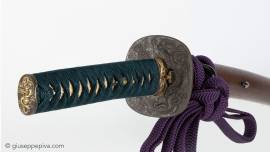 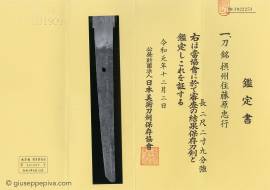