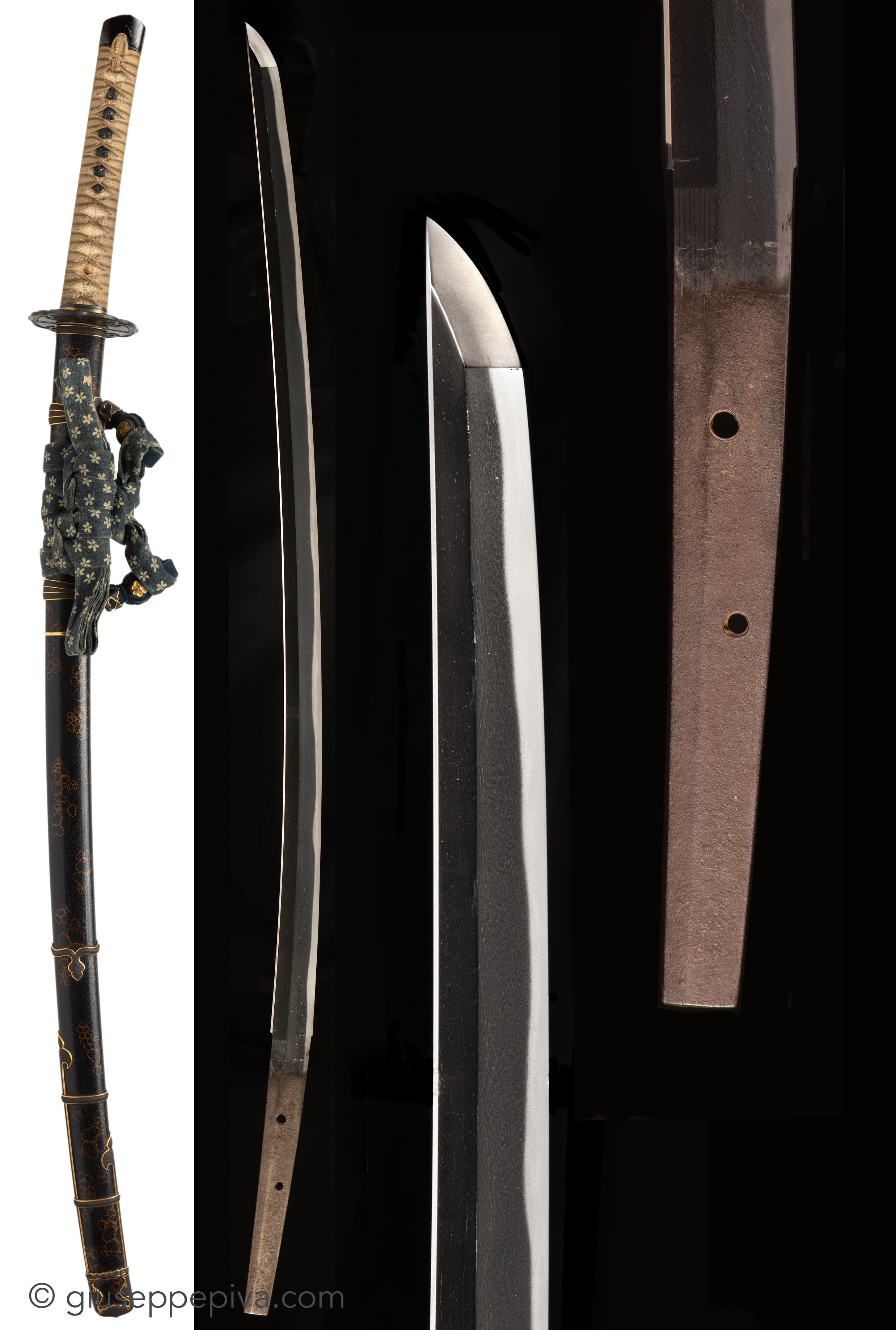 The sword is accompanied by a Edo period tachi koshirae with very good shakudo and gold fittings. The scabbard il lacquered with scattered clovers, whose design represents the katabami kamon (family crest) applied on the metal fittings.

The province of Yamato was the center of Japanese culture during the Nara period before the capital was transferred to Kyōto in Yamashiro.  At the end of the Heian period a number of sword making schools were founded and flourished in the Yamato area that was in close proximity to the cultural center of Nara. This was an area of a great many powerful Buddhist temples, many of which sought to arm themselves to guard their rights and property. Accordingly, five sword-making schools were founded and patronized by powerful temples for that purpose. The five schools were: Senjuin, Tegai, Taima, Hosho, and Shikkake. These temples had a nationwide network that spread the fame of the smiths of these schools creating a great demand for their swords. It is for this reason that we find the Yamato sword making school characteristics as the foundation for many of the sword making schools that followed throughout Japanese history.

The Taima school, named after the Taima-ji temple, a branch of the Kōfuku-ji located in the village of Taima, was founded in the Kamakura period by Kuniyuki, a great sword-smith whose blades can be found among kokuho (Japanese National Treasure). Swords from the Taima school are extremely rare and there are only around 180 swords from this school that have been registered as Juyō and Tokubetsu Juyō Tōken. Almost all of them are unsigned and not only due to suriage (shortening) but mainly because most Yamato blades were unsigned from the beginning.

The steel from the Taima swords is a dark bluish purple, with abundant ji-nie and shows a well-forged mokume hada mixed with itame, with chikei and yubashiri. The hada tends to become masame near the kissaki, taking the name of “Taima-hada”. The hamon, as seen here, is narrow at the bottom part and get thicker towards the monouchi. Both jihada and hamon of this blade resemble Soshu style, as typical on works from the late Kamakura period. The result is elegant and with a great deal of activity, which results very visible due also to the excellent preservation.

Katana for sale, price in application 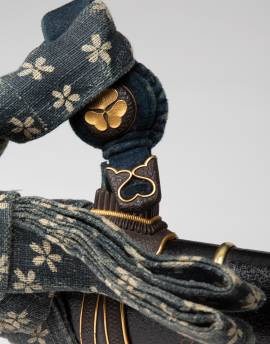 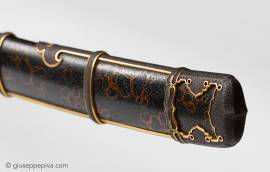 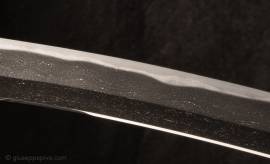 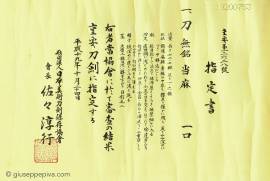 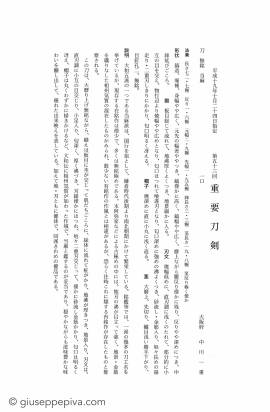 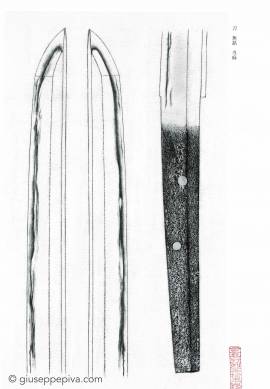