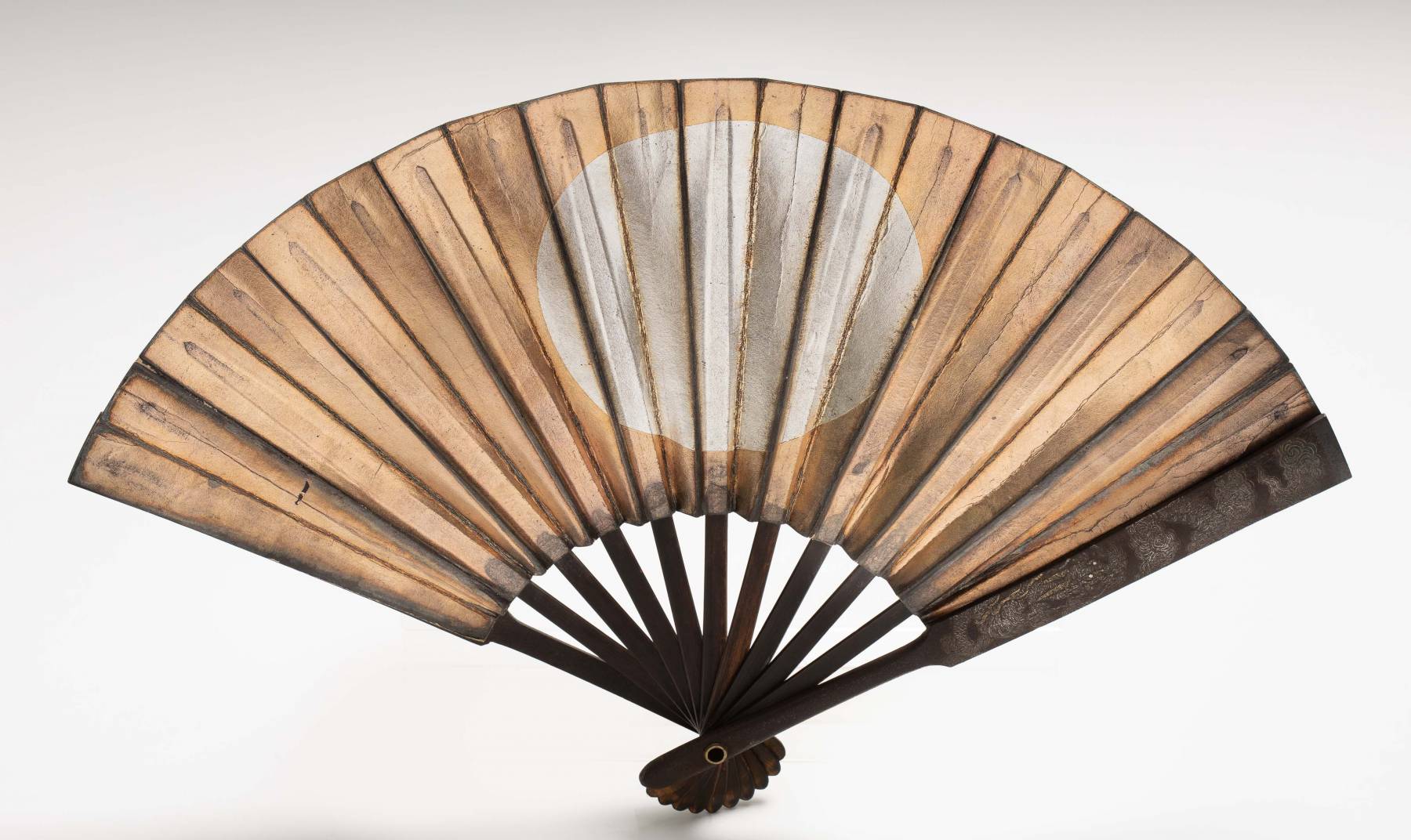 Iron, paper with silver and gold-leaf and bamboo.

The rising sun, symbol of japan, is represented in gold over a silver background,, while on the other side the su in silver on a gilded ground.

The external iron plates are engraved and decorated in silver nunome zogan with a dragon among clouds. 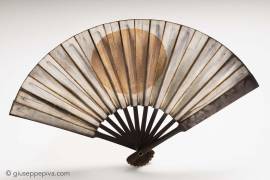