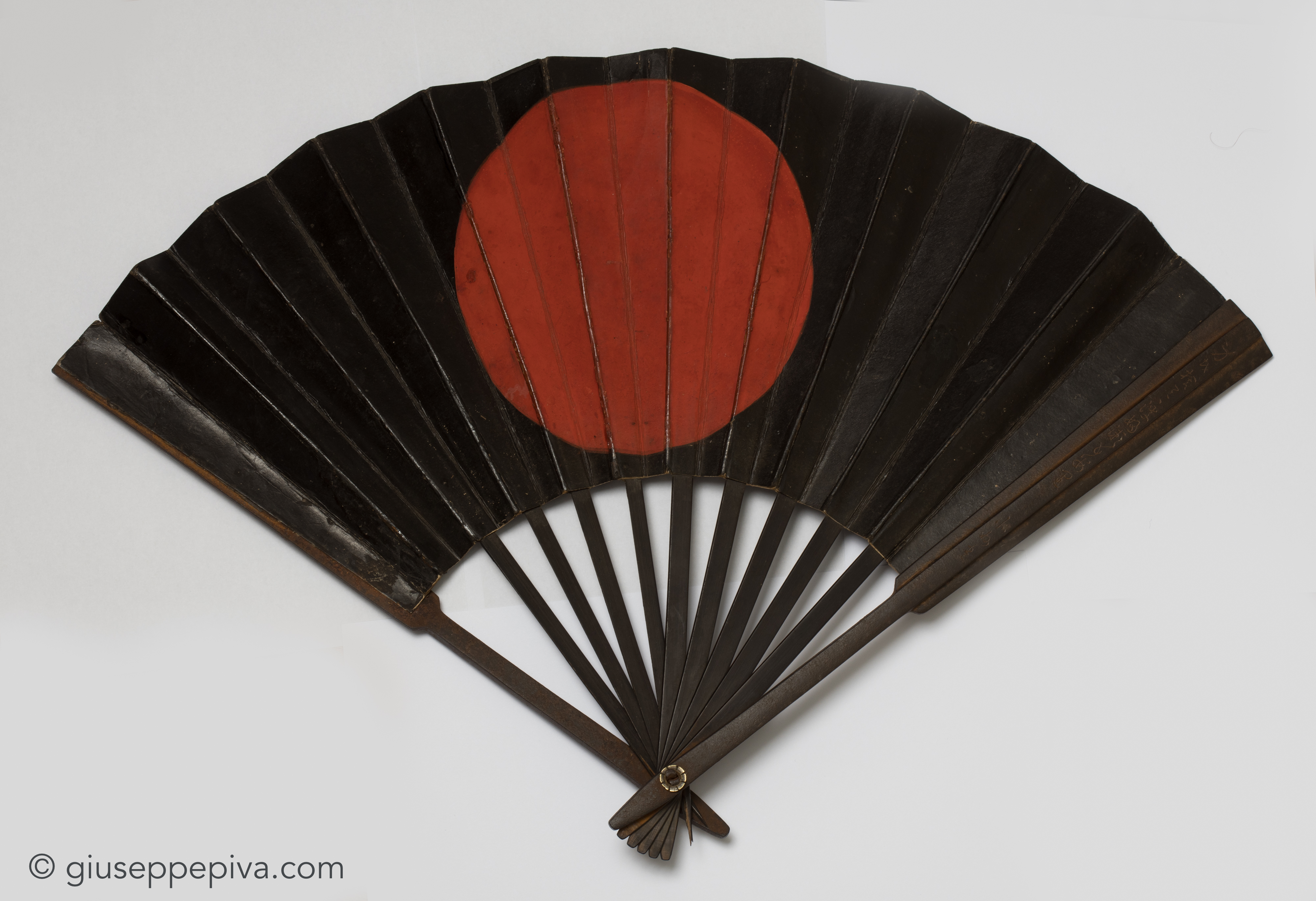 The rising sun, symbol of japan, is represented in red on a black ground on both sides. A dedication bearing the owner's name is engraved on the external rib. 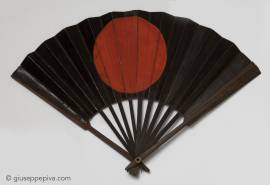