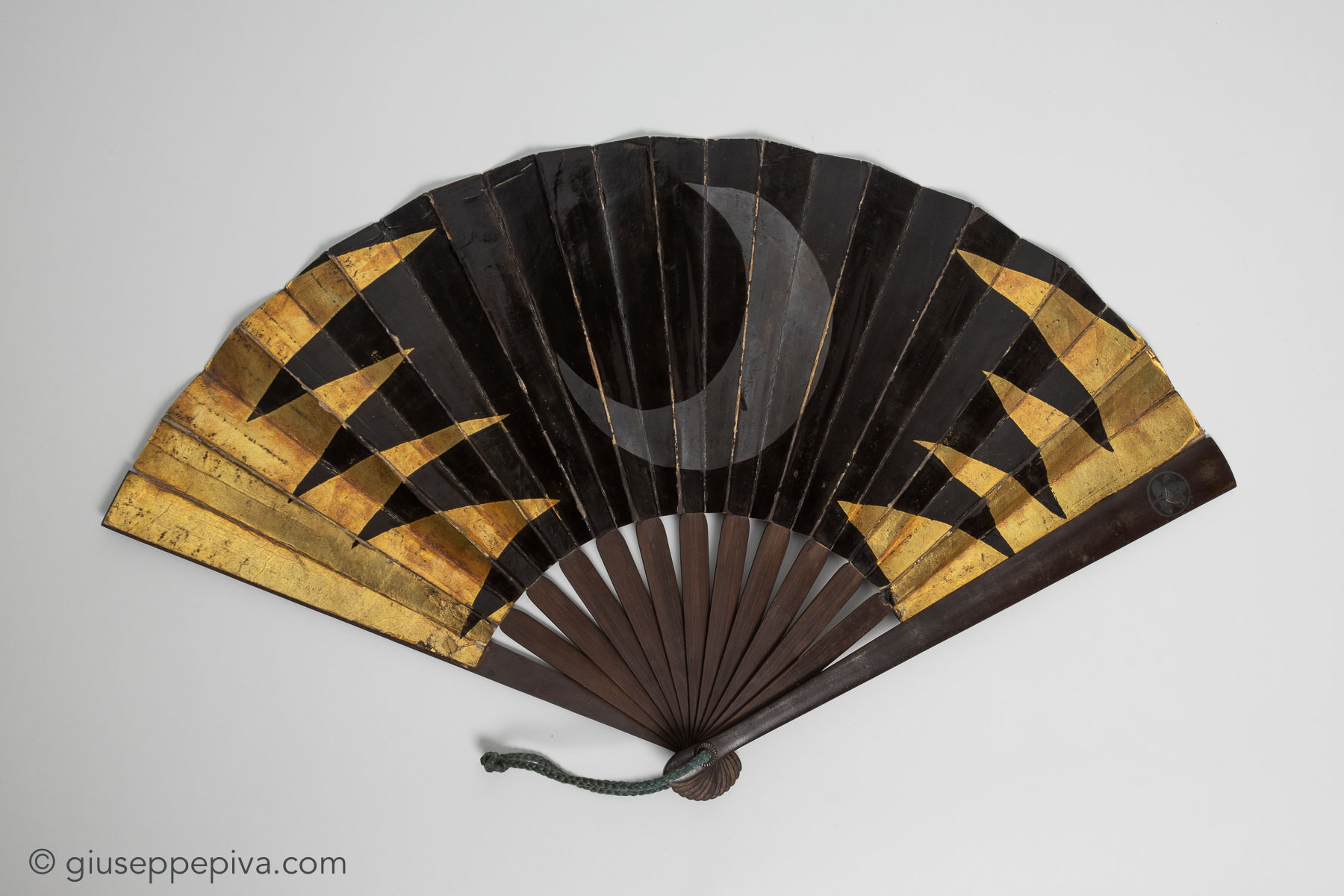 The rising sun, symbol of japan, is represented with golden paper on a black ground, while the other side is decorated with a silver moon between black geometrical designs. 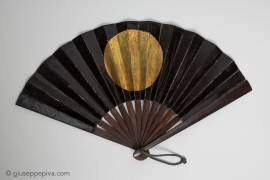 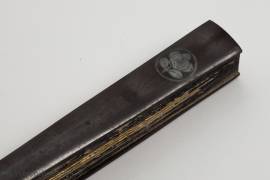 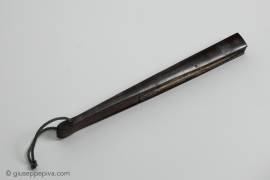