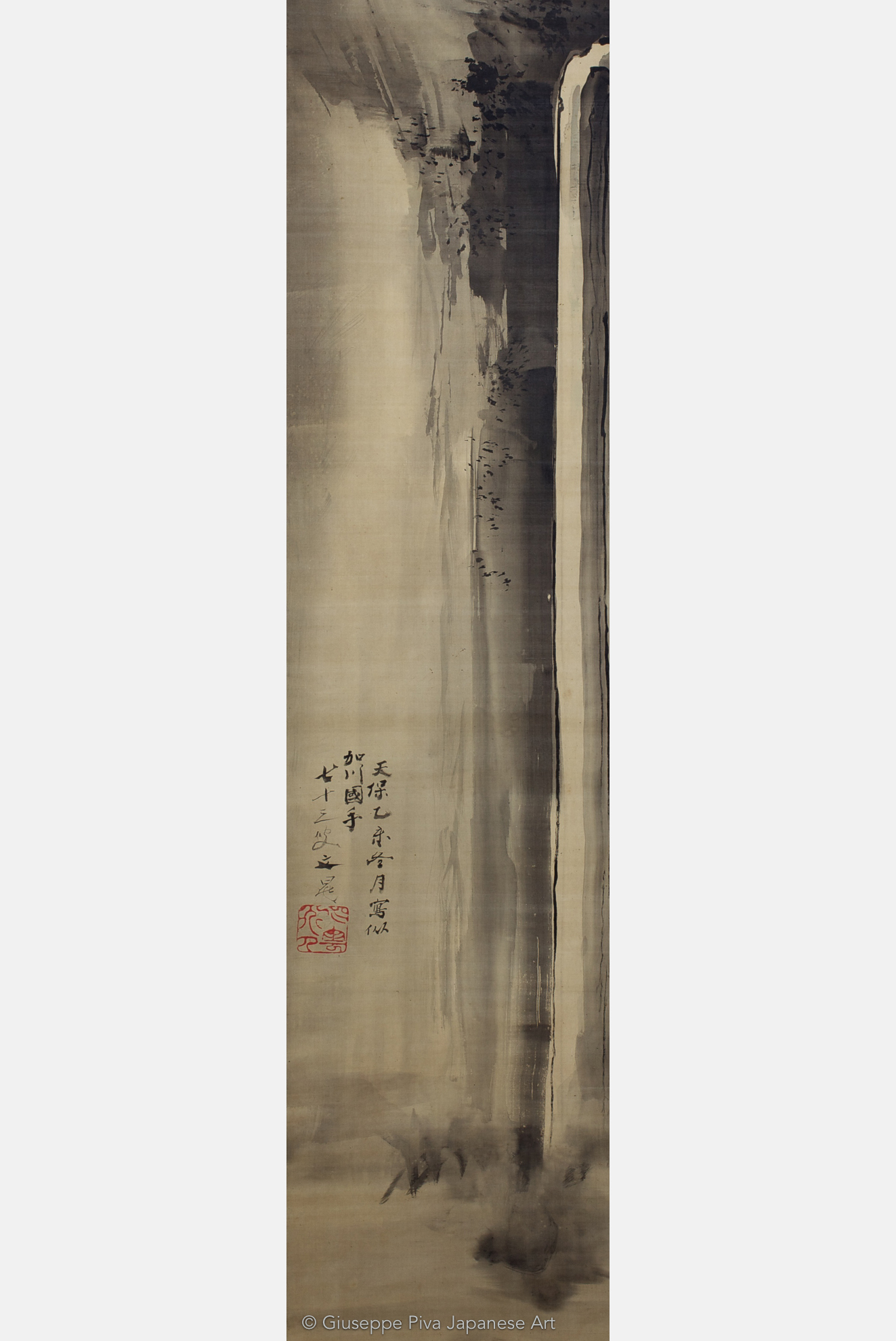 Painted in the winter of the sixth year of the Tenpou Era (1835)
Does this not recall Kagawa-no-kuni?
73-year-old man, Buncho

Natural landscapes became an archetypal subject in Asian art since Chinese Song dynasty (10th Century) and waterfalls have always been an important presence in East Asian and Japanese paintings. Many Japanese artists portrayed waterfalls using different styles, especially during the Edo period (1615-1867). Tani Buncho himself painted a significant number of paintings representing this subject: a similar scroll attributed to Tani (“River gorge with waterfall”) can be found at the Metropolitan Museum of New York and another one (“Watching a waterfall”) is located at the Cleveland Museum of Art.
Born to a samurai family in Edo, Tani Buncho (original name Tani Masayasu) was one of the foremost literati artists (bunjin) of his days. Son of the famous poet Tani Rokkoku, he began studying under Buncho Bunrei and Kitayama Kangan but later he switched to nanga style under Watanabe Gentai and Kushiro Unsen. As he worked with masters of many schools, Tani experienced a large variety of painting styles: famous for his realistic portraits, Chinese landscapes and reproductions of old Japanese paintings, he also practiced under a Chinese artist in Nagasaki, as he was unable to study in China for it was forbidden at that time to travel outside Japan. Renowned also as an educator, Buncho had many important students, such as Watanabe Kanzan, and wrote Honcho Gasan, which contains reproductions of his copies of old Japanese paintings, and Buncho Gadan (“Treatise on paintings”). 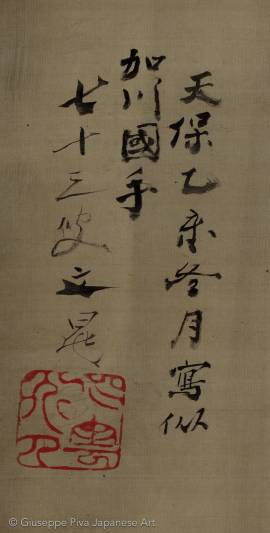 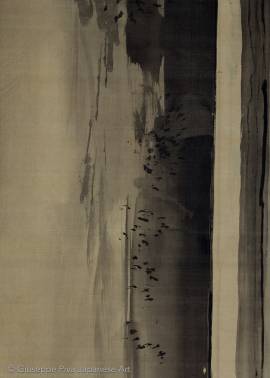 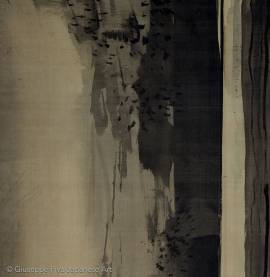 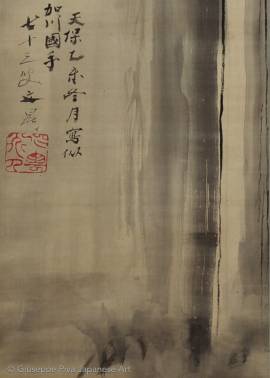 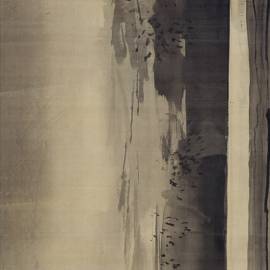 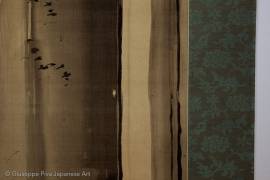