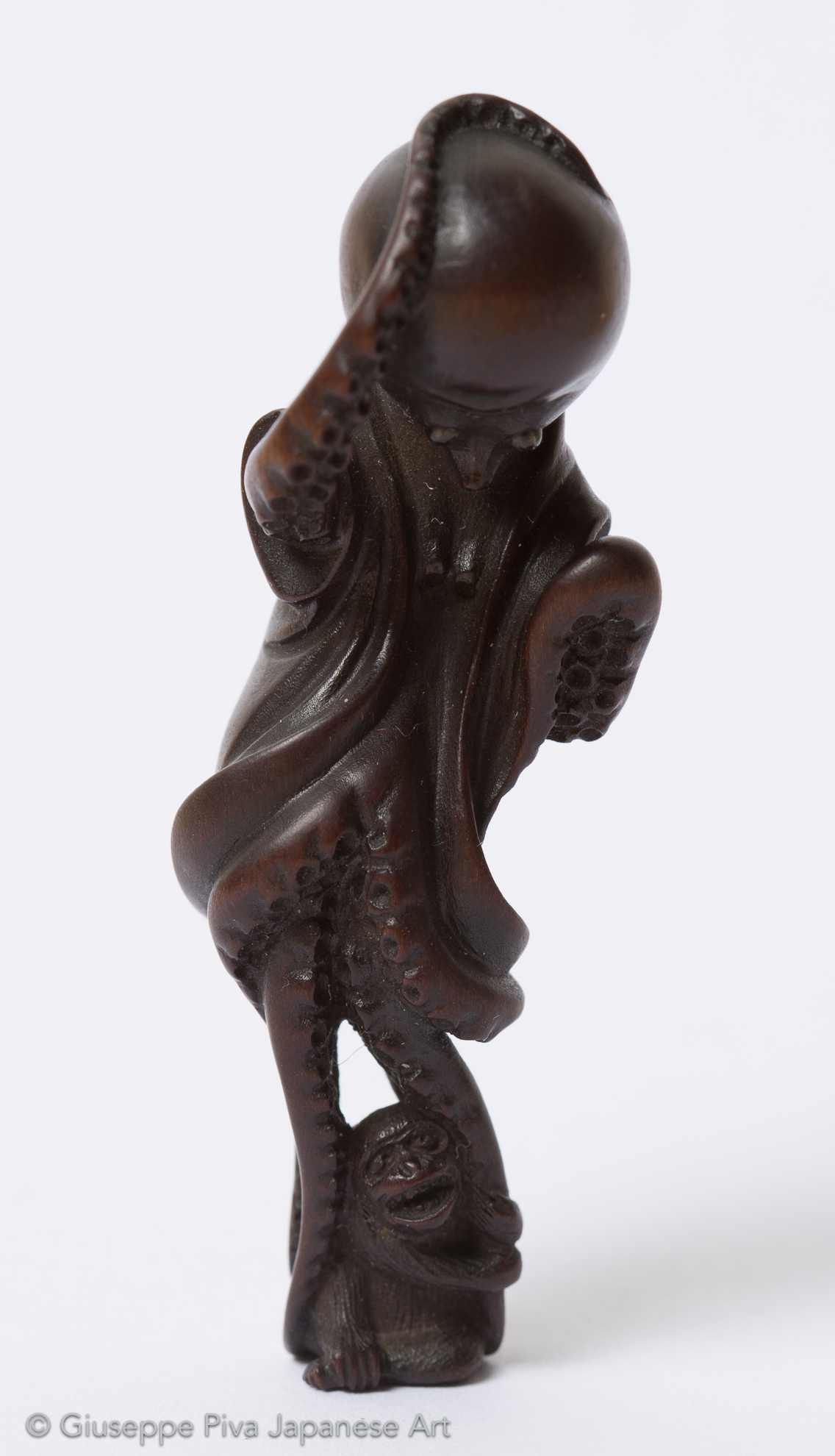 
A wood netsuke representing an octopus dressed in kimono

A wood netsuke representing an octopus dressed in kimono

The semi-anthropomorphic octopus, dressed in a haori, stands on four tentacles that an entrapped tiny monkey tries to force. The composition refers to a tale in which Ryūjin, the Dragon King of Sea, falls ill and is told by his doctor, an octopus, that the only remedy for his sickness is the liver of a live monkey.

There were a number of carvers using the name Miwa, all living in Edo, the first recorded in the Soken Kisho (1781). All generations of carvers, who produced netsuke until the early 19th century, worked in wood with figural subjects taken from legends or everyday life. While it is common for the Miwa artists to sign with a kaō after their name, all other known variants of this model are also signed with the two characters only; these include the one in the Meinertzhagen Card Index (p. 563), the one in the Baur Collection (no. C916) and one in Barry Davies Oriental Art, Selected Netsuke, 2002 (no. N01562). 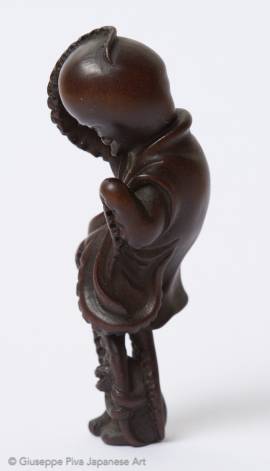 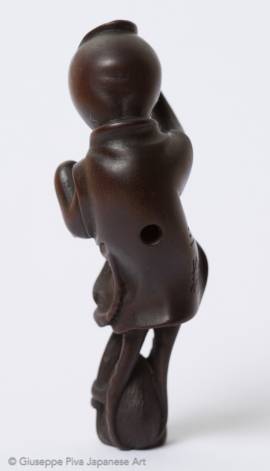 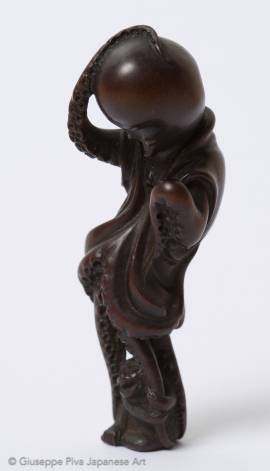 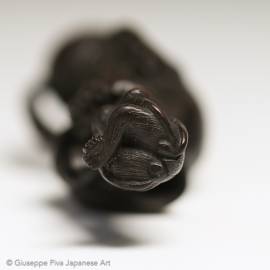 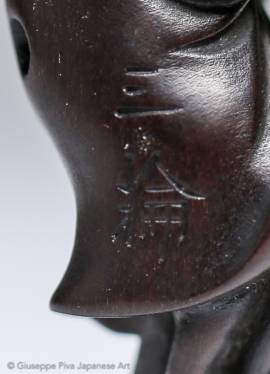