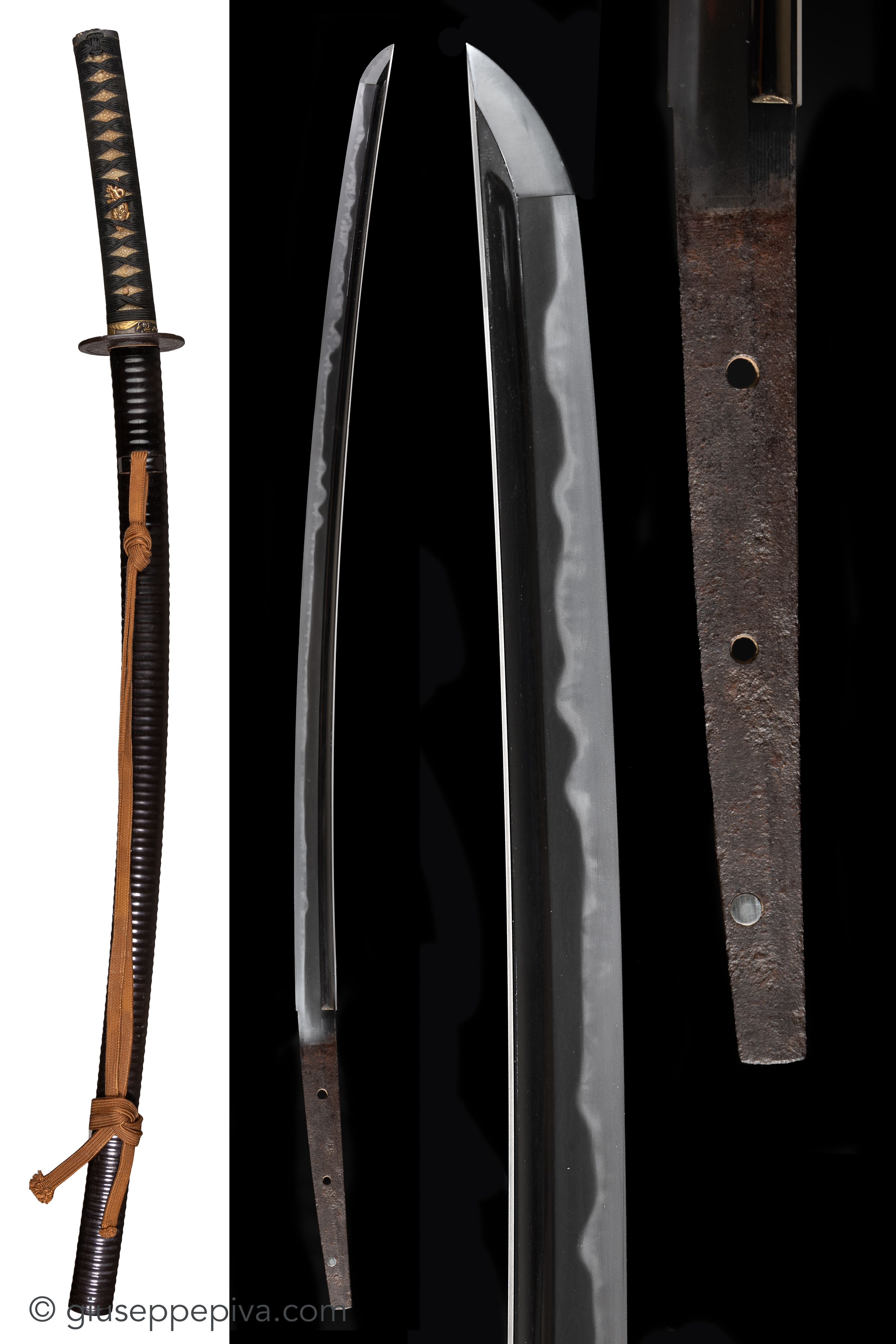 An important Bizen samurai sword by the Yoshioka Ichimonji school

Sayagaki: The blade is in an old shirasaya. The scabbard bears an inscription by Honami Seizan (d. 1926) with the sword’s name Yakumo-maru, its length and the owner’s name, Gokaraku.

Koshirae [mounts]: The sword is accompanied by a nice set of koshirae from the Edo period, with gold and shakudo kodogu and an iron tsuba from the Shimizu Higo school.

Origami [certificate]: With a certificate of registration designating this blade as Jūyō Tōken (Important Sword) issued by the Nihon Bijutsu Tōken Hozon Kyōkai (Society for the Preservation of the Japanese Art Sword), dated 2008 (54th Jūyō session).

The sword is massive and elegant, with a slender shape and well-balanced proportions. The jigane is a flowing itame, with a prominent hada pattern covered in ji-nie, showing a very strong midare utsuri. The midare hamon is in a birght nioi deki, with flamboyant choji and ko-choji which sometime shows undulations inside the temper-line, in a togari-like design. The nioiguchi is bright, all of which displays the excellence of workmanship in this one blade. Both the ji and ha are in the healthy condition of a masterpiece. The bo-hi carvings on both sides have been added probably during the Nanbokucho period, as they show the typical pointed end at the height of the yokote, which would allow the reconstruction of the point in case the sword was damaged in battle.

The Ichimonji School was founded during the Kamakura Period (1185-1333) and was active through all the Nanbokucho (1333-1392). Considered one of the most important schools of production for the Japanese sword, the school takes its name from the habit of many of its smiths to sign their works with the character "ichi" (一), indicating the number one, sometimes followed by their name.

Works of the Ichimonji school can be divided into three groups, depending on the period and place of production. Works from the early Kamakura period are classical and subdued and they are generally referred to as “Ko-Ichimonji”. Around the mid Kamakura the style became more flamboyant and the blades look more massive; these are generally called “Fukuoka Ichimonji”, from the place where the school was based. In the latter part of the Kamakura period and early Nanbokucho, the school had moved to Yoshioka in Bizen Province, where the style became even more magnificent.

The founder of the “Yoshioka Ichiomonji” School was Sukeyoshi, probably grandson of Sukemune of Fukuoka. Tachi from this school show a grand but elegant sugata, well-forged iron with a soft jigane, generally composed of mokume-hada mixed with ō-hada. Utsuri, as in this blade, can be strong and beautiful. The hamon is typical of Bizen tradition, with choji midare showing splendid hataraki.

Sword for sale. Price on application. 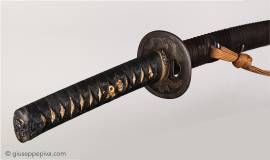 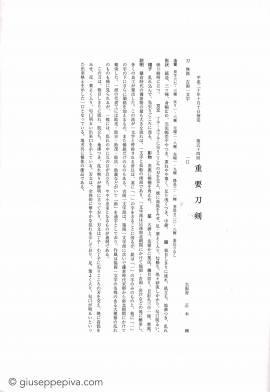 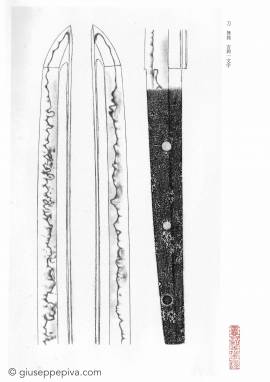 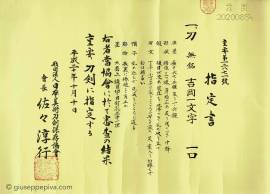