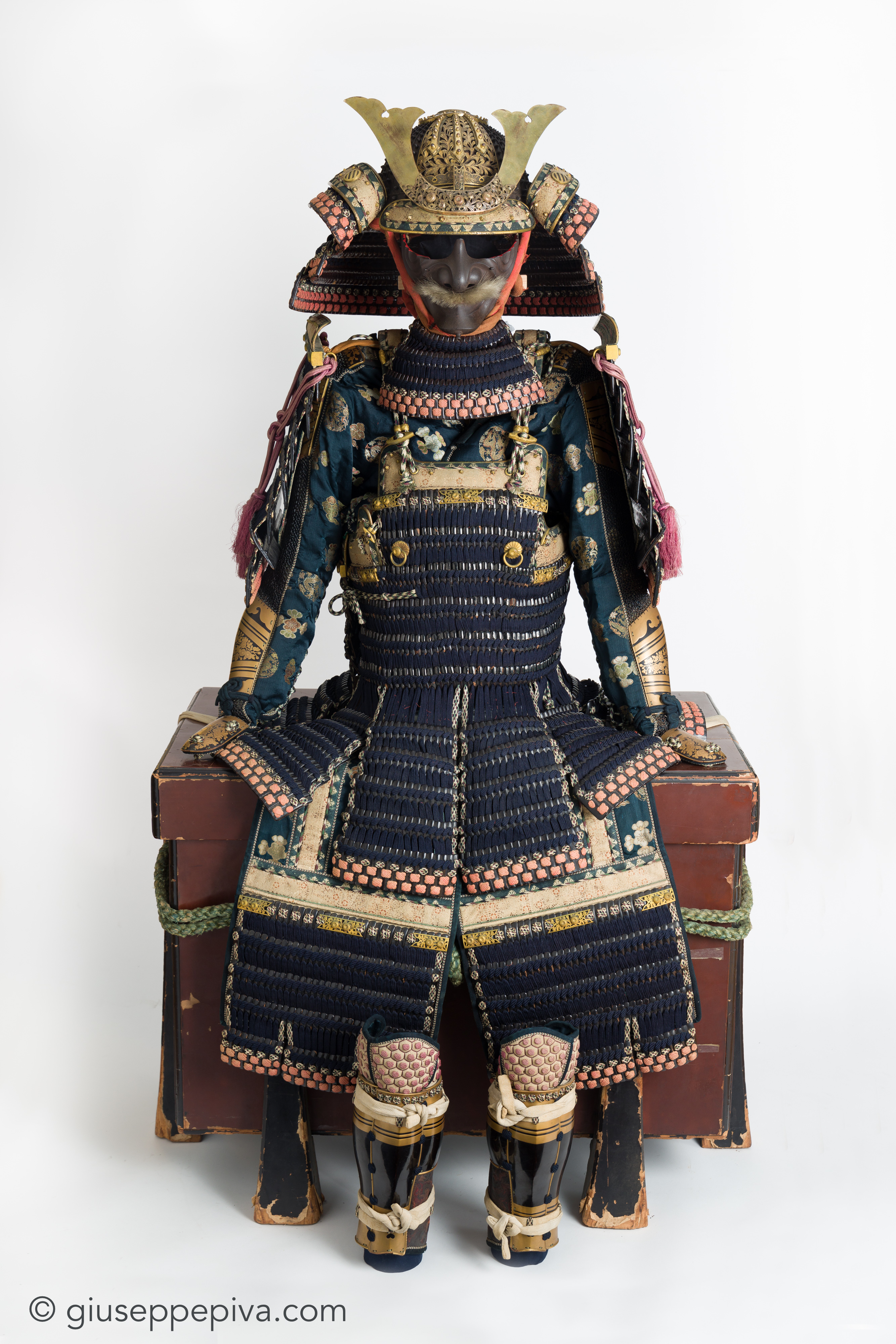 The armor accompanied by a certificate of registration as Jūyō Bunka Shiryō（Important cultural work）issued by the Nihon Katchu Bugu Kenkyu Hozon Kai (Association for the Research and Preservation of Japanese Helmets and Armor).

The style of the armor is reminiscent of the medieval suits, as common in the latter half of the Edo period, with large sode (shoulder guards) and an old-type construction. The helmet is in fact based on a Kamakura kabuto, with a hemispheric form open on top with a broad hole (hachimanza), large rivets, and rich applied gilded brass kanamono. The cuirass is constructed as a dō-maru, a Muromachi era model that wraps around the body without hinges and is flexible owing to its construction of hundreds of tiny plates linked together. This system, known as hon-kozane ("true scales"), was a complex, costly, but effective way of lacing numerous small plates together; it was used until the 16th century and then resumed in the Edo period for revival-style armor for high-ranking samurai. The same mothod is used here for the entire armor, including the neck guard (shikoro), throat guard (yodare-kake), shoulder guards (sode), and groin plates (kusazuri). The fashion for early style armours was firmly established when the eighth shogun Tokugawa Ieyoshi (1684 - 1750) promoted a revival of ancient weaponry, including swords and armour, to revitalize what he believed to be a decline in martial spirit of the nation.

The arms guards are lacquered in black with gold takamaki-e (high relief lacquer) decorations, reproducing the traditional Yoshitsune-gote, a National Treasure original pair of sleeves held in Nara's Kasuga Grand Shrine. Although they are said to have belonged to the Heian period hero Minamoto-no-Yoshitsune the sleeves in fact date from the Kamakura period, but are none the less a most beautiful example of the armourer's art.

The mask is a highly unusual ressei-men (mask with fierce expression), with styled wrinkles all over its surface, demonstrating the high skill of Munekata, a famous Myōchin armorer who specialized in embossed (uchidashi) menpō. Munekata was a student of Munesuke, junior of Muneakira and father or Munemasa. He was hired by the Tsugaru clan and worked in their main fief of Hirosaki in the early 18th century. A famous sōmen by this armorer can be seen at the Metropolitan Museum in New York. 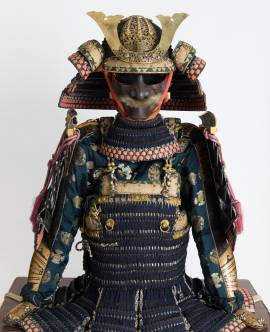 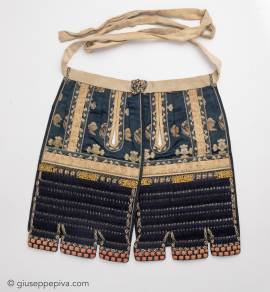 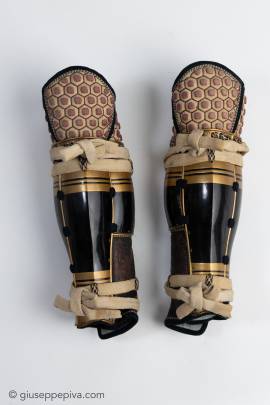 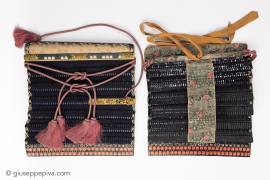 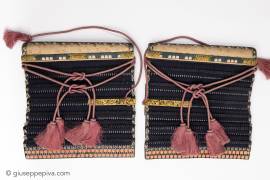 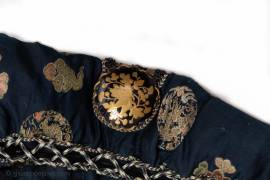 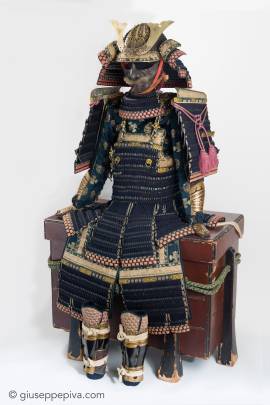 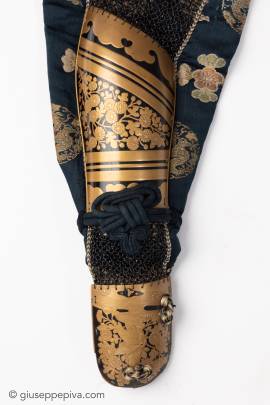 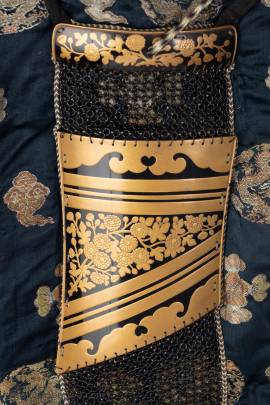 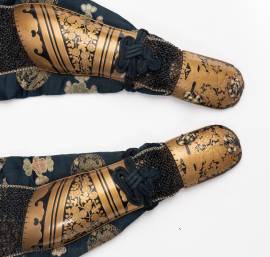 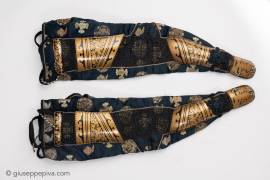 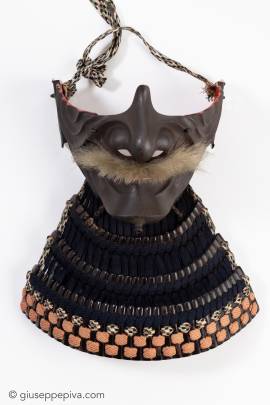 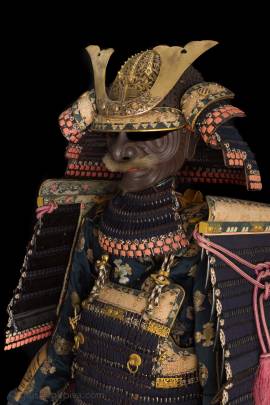 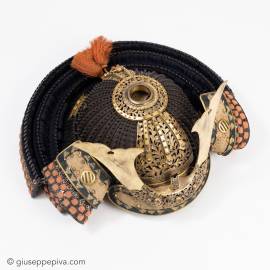