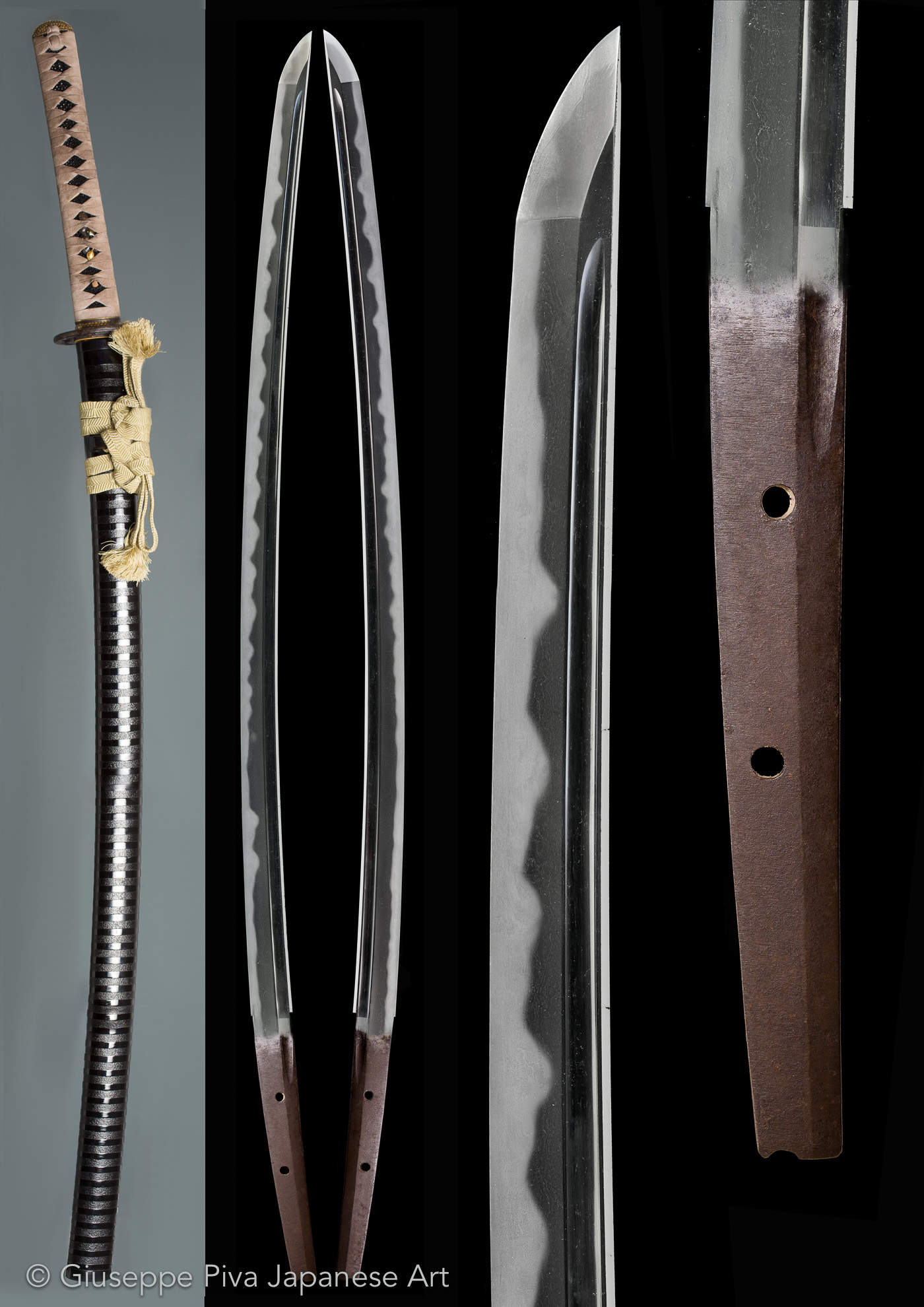 
Bizen swords made during the Nanbokucho period are called Soden-Bizen. Chogi and Kanemitsu, both included in the list of the Masamune Juttetsu (ten famous students of Masamune), are considered the best Bizen swordsmiths of this era. Swords by Chogi and his five students (Chogi II, Nagatsuna, Nagamori, Nagasuke and Nagatsuna) are documented between 1324 and 1375.  Works by Nagamori are the rarest; he was contemporary of Chogi, worked in a very similar style and was very well respected by his master; he made tachi (mostly shortened to katana and hence unsigned like in this case), tanto and naginata blades. Surviving katana are very rare and this one is considered one of the best of his production.

Among Soden-Bizen smiths, the works by Chogi and his students show some distinct features inherited from the Soshu tradition and almost all of them can be found on this sword: the sugata is wide and powerful, sori is shallow and the kasane is thick, with scarce hira-niku. The steel tends to be soft and worked in an itame-hada mixed with mokume. The grain is tight and dense with nieforming chikei, a very difficult feature to obtain on Bizen’s soft steel. Sometime utsuri can be seen, very pale on this sword, but it is not very common. The hamon, generally o-midare mixed with choji-midare, is wide and gorgeous, mostly in nioi deki, as common for Bizen, but with profuse nie as well. Inside the ha there are many ashi and yo and on works with rich nie like this one, these activities form sunagashi, inazuma and kinsuji. The boshi is long and powerful, as typical of the works from the Nanbokucho period.

KOSHIRAE:
The blade comes with a good Higo koshirae. The tsuba is certified NBTHK hozon tosogu as Nishigaki.

Item for sale. Price on application. 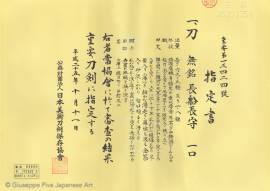 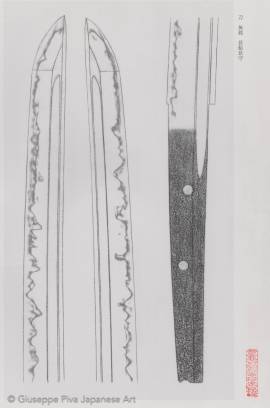 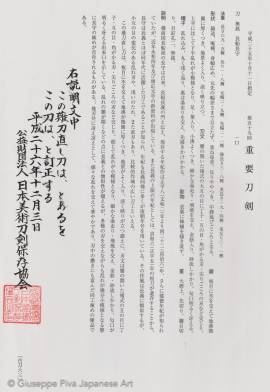 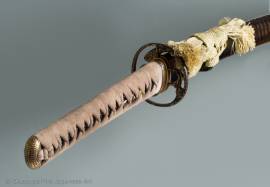