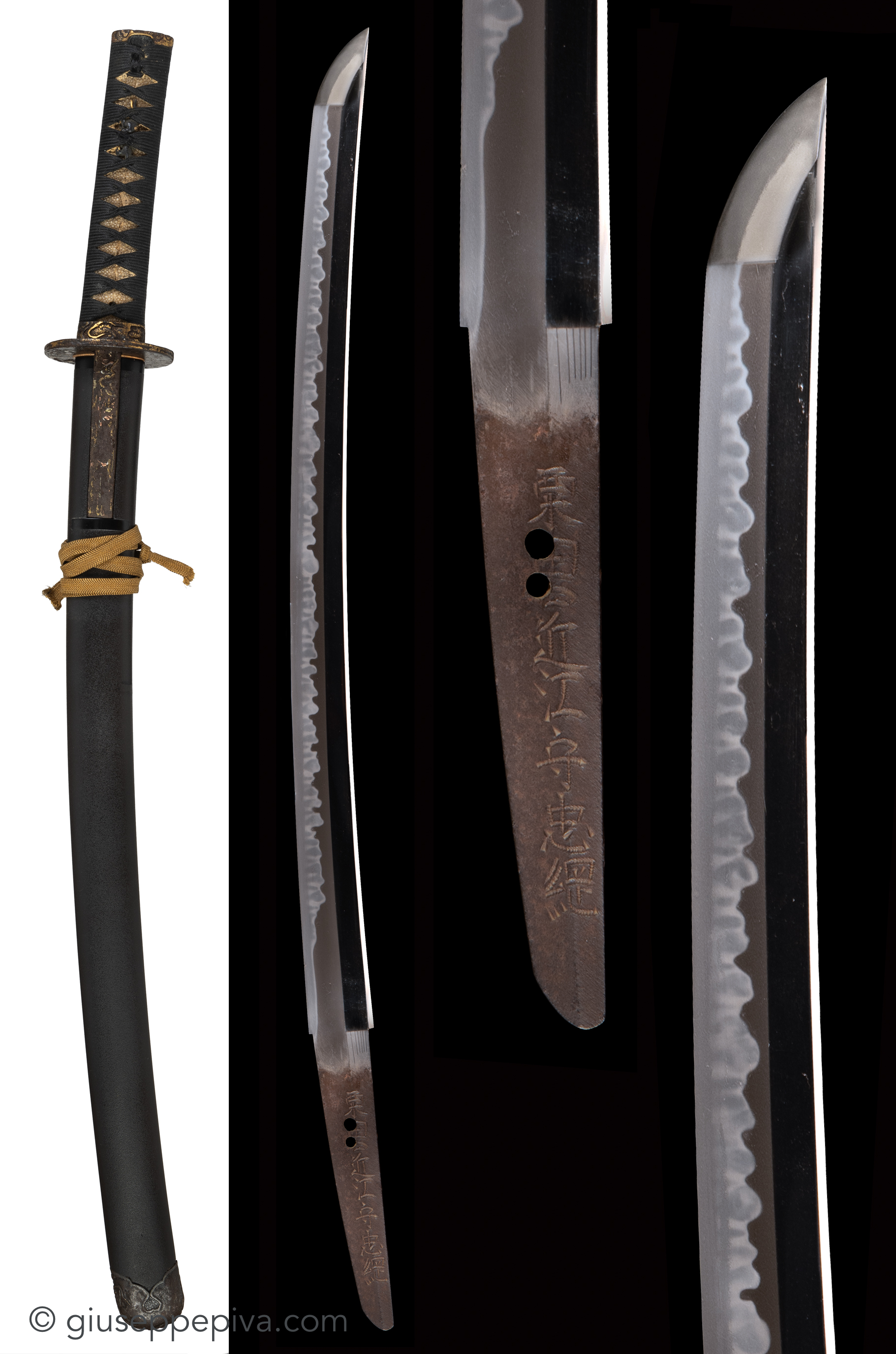 The sword is accompanied by a good antique koshirae with high level fittings with motifs of dragons among clouds.

Tadatsuna was from the Asai family. He moved from Kyoto to Osaka with his son, being both of them very good swordsmiths. Claiming a lineage back to the Awataguchi smith Kunitsuna, both of them obtained first the title of Omi no Daijo and were later promoted to Omi no Kami. The nidai (second generation) Tadatsuna eventually surpassed even his talented father in skill and was known as one of the best of the Osaka swordsmiths. Both first and second generation are ranked for the cutting ability of their swords, wazamono and ryo-wazamono respectively. Fujishiro ranks them at Jo saku and Jo-jo saku.

The style of Tadatsuna (referring to both generations) reflects the rich lifestyle of Osaka at that time, with a flamboyant hamon and many activities on a tight jigane.

The hamon of this sword recalls the work of the Bizen Ichimonji smiths with its well executed choji midare and long ashi in nioi. There are scatterings of ko-nie, and small yo can be found in and around the ashi.

The placing of the mekugiana on the corner of the “ta” kanji, is typical of Tadatsuna. 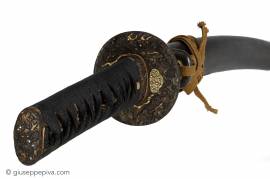