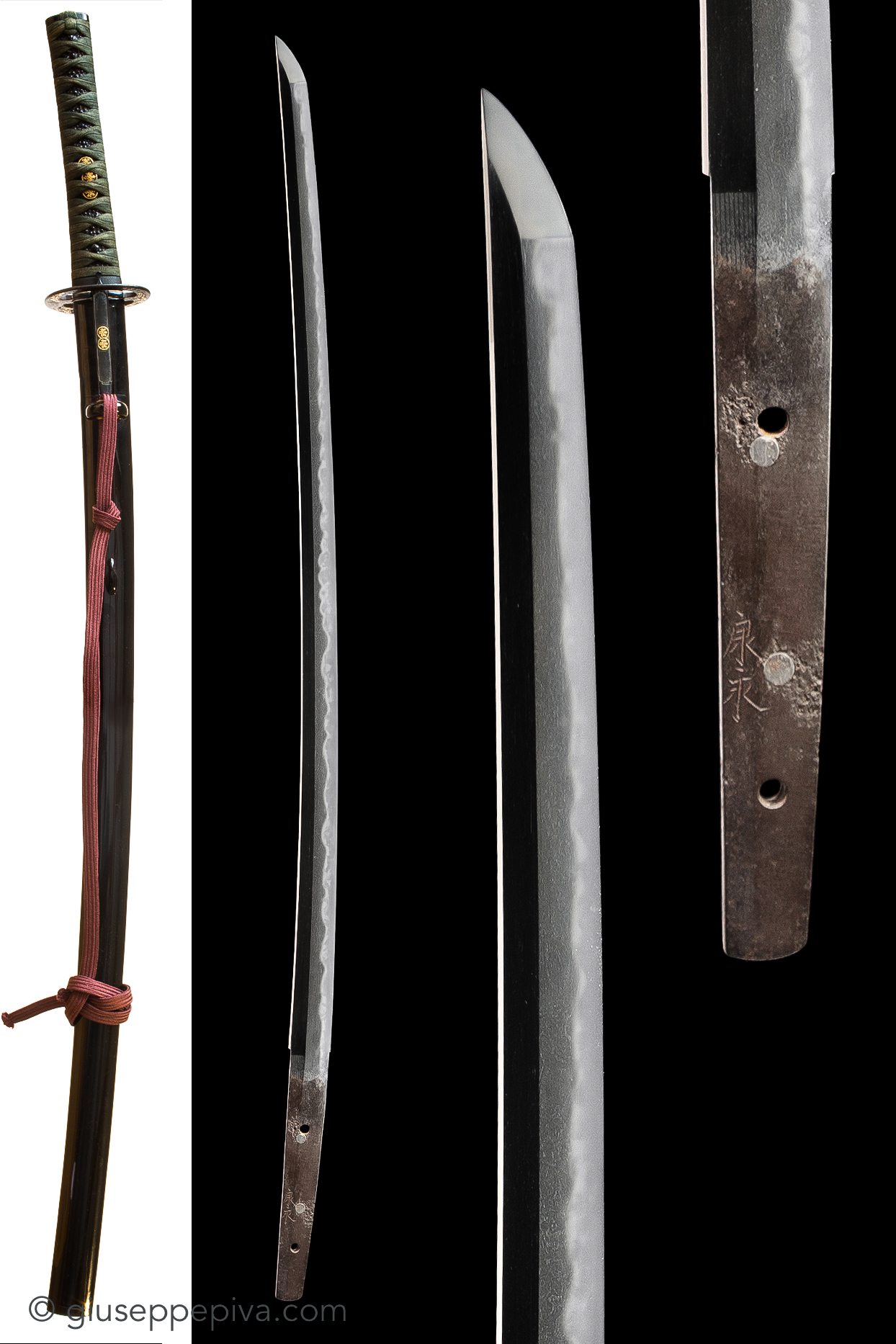 Oei-Bizen is a general term for the swords produced by the Osafune smiths during the Oei era (1394-1428). The best sword-smiths from this period are called the “Oei no san-Mitsu”, as their names finish all with the same kanji: Morimitsu, Yasumitsu and Moromitsu.
Yasunaga was son of Yasumitsu and his style can’t be distinguished from his father’s, as he had always been working for him, a common practice called daisaku or daimei, depending on whether the master added his signature himself or not. For this reason swords signed by Yasunaga are extremely rare and this blade has been published in various reference books.
The features of this sword are those one would expect from Yasumitsu: the hada is a mixture of itame and mokume, while the hamon varies from choji to midare, with a prevalence of nioi and a large space between the midare waves. The area of the monouchi is more quiet than the rest, where in some points the hamon shape is sakagakari.

The sword comes from one of the greatest Japanese collections: Count Ito Miyoji, who inscirbed the shirasaya, was a government official and statesman; he was involved in the drafting of the Meiji Constitution and held important posts, including secretary to the Prime Minister, minister, etc. 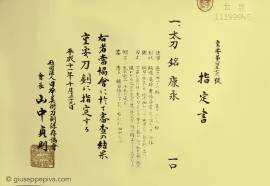 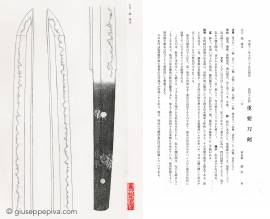