How to buy a japanese samurai armor 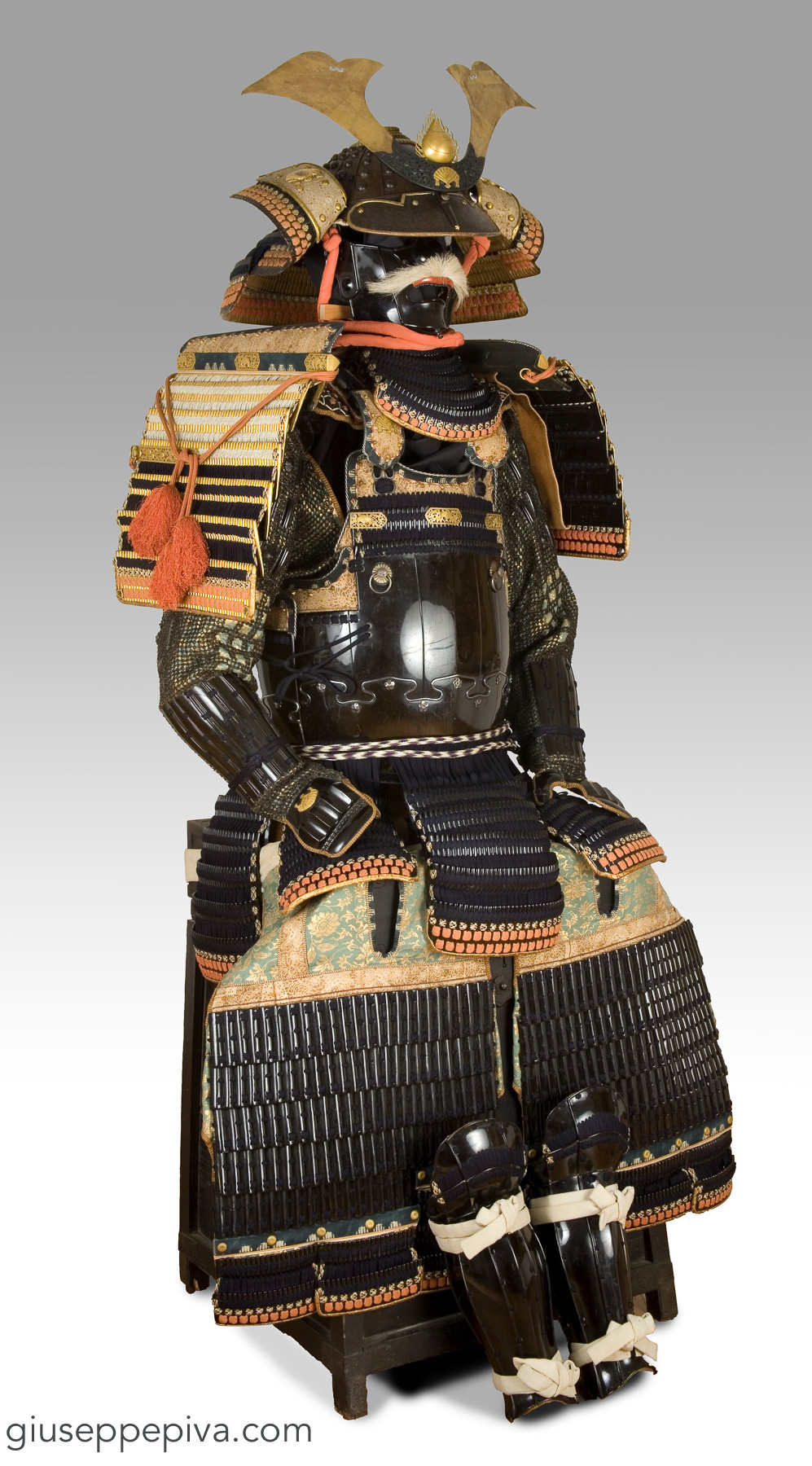 At first sight, one might think Japanese samurai armors all look similar and their value is more or less the same. They are not. At all.

So, what should one look for when buying a samurai armor? What are the features that can determine a high or a low price? How to decide which Japanese armor for sale should we buy? Let’s analyze some points in order to clear some questions:

Medieval armors are almost impossible to find outside museums. Most of the armors available for purchase are from the Edo period (1615-1867) or slightly before, so it is unlikely they have seen any battle fight since this was a peaceful time and they were used for official occasions. Armors made after the Edo period are not samurai items, as samurai class did not exist anymore.

Most of the armors around are made of different parts matched to form a new set. Of course, these suits are much less valuable than original ones, made all together at the same time by the same artisans.

Some elements of an armor were much more difficult to build than the others: they are the iron parts which needed expert skills to be created: helmet (kabuto), a face mask (menpo) and sometimes the cuirass (do). As a general rule, a helmet can be calculated up to half of the value of the entire armor set.

Some lacings of silk cords are ruined, some look recent because the armor was rarely used, some are in fact recent. Honestly, they are just silk threads and they should not be considered of too much importance. It is likely that a samurai having an armor with ruined strings (ito) would have it repaired and then fully re-laced.

Old-style restorers in Japan often would completely re-lacquer some elements. I don’t think that would add much value to the armor. Probably the opposite.

Some family crests can be identified but most of them can not, as the same kamon was used by different clans and families. Not to mention that often they have been replaced. Unless the family is very important, this is not a decisive feature.

Rich ornaments on the helmet are valuable only if antique. Many maedate are in fact modern or recent replicas which might look nice but in fact are just a fake make-up to the armor set.

Some armors bear gilt metal or shakudo applications on their elements. If they are of good quality, it means the armor was probably from a high-class warrior.

Kabuto and menpo can be signed and possibly dated. Of course, it depends on who the maker is, but this certainly gives importance to the traditional japanese suit of samurai armor. Unless the signature is fake, of course; and yes, there are many…