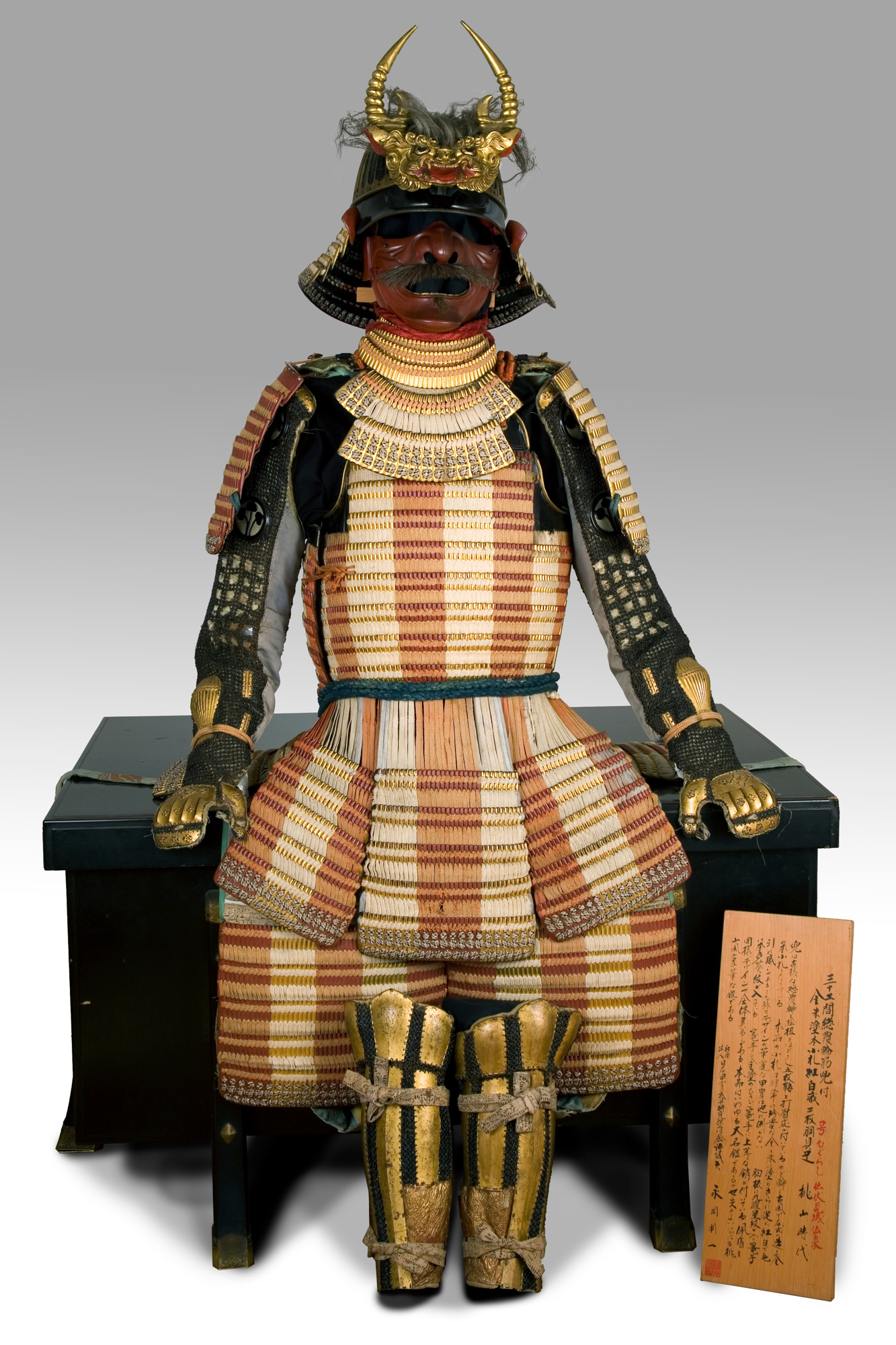 What do the symbols on a samurai helmet mean?

Traditionally, a helmet of samurai armour (kabuto) bears an attached decoration on the front called maedate. A maedate may be flat or three-dimensional and may represent a family crest, a mythical creature, a symbol of good omen taken from nature, or some other object with an intrinsic meaning. Older kabuto wear a stylized flat stag antler called kuwagata.

What is samurai armor called?

The general term for Japanese armor is katchu. Although the most familiar word for armour is yoroi, this is usually only used for mediaeval armour called ō-yoroi. Armour from the XVII century is called tosei gusoku, meaning "modern armor", while transitional models are the dōmaru and the haramaki.

In the Middle Ages, war was fought with bows and arrows, and samurai armour was constructed of small scales laced together. After the introduction of firearms, heavier suits were made with thick iron plates and sometimes we can see bullet tests on them (tameshi).

It really depends on the fighting style. When the Mongols invaded Japan, the samurai realised that the armor they were using was not effective for their style of attack and quickly came up with a new design. The same thing happened later with the introduction of firearms.

Were menpo really used in combat?

Hanbo, designed to protect the chin and support the kabuto, were certainly used. On the other hand, the mask called me-no-shita-men, which would also cover the mouth and nose, would not be very comfortable on the battlefield and most of them date from the Edo period.

How should I choose samurai armour for sale?

If you want to buy original antique samurai armour, look for quality and preservation. Many armors are composite, some were made in the late 19th century as souvenirs for westerns, and some have been over-restored. When selecting armour for your collection, ask the seller for their opinion on all of these items.

How much does original samurai armour cost?

My answer is always "like a painting." That is, there is no definite answer and it depends on so many factors; for this reason, the price range is extremely wide.