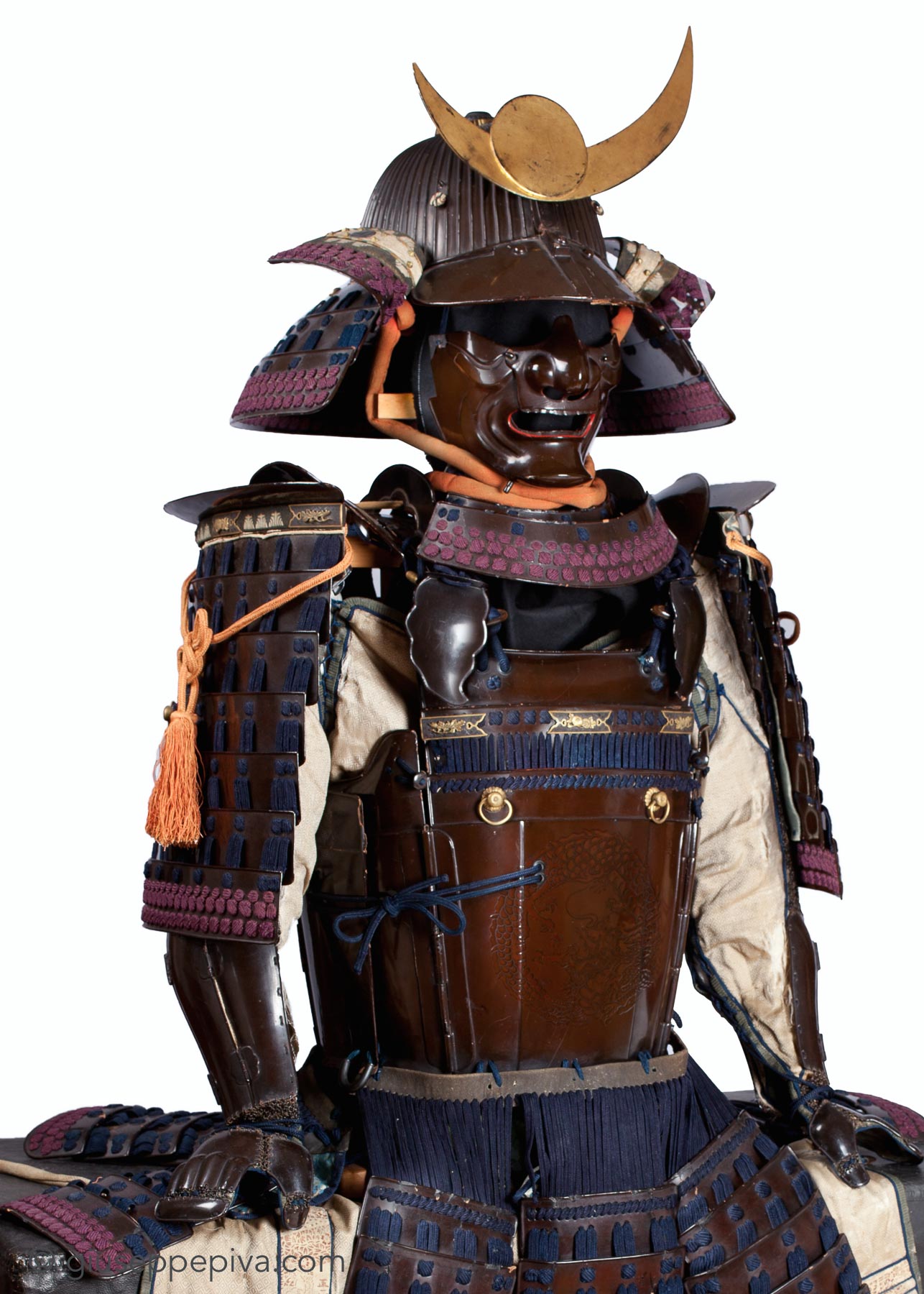 The Yukinoshita family was from Aizu, a province controlled by the Ashina samurai clan, in north-east Japan. Originally lantern-makers, from 16th century they committed to the study and construction of samurai armor effective against firearms. This drastic change is due to the military activity of the region, after the daimyō Date Masamune started a conflict in 1585 against the Ashina clan. The demand for samurai armor, regardless of the price, increased and the Yukinoshita decided to enter the business and produce their own suits of armor.

Four years later, in 1589, Date Masamune won the Battle of Suriagehara against the Ashina, which at this point could not continue the war. The Japanese general remained impressed by the samurai armor made in Aizu and decided to adopt this style for himself and his clan.

One of the most interesting features of the Yukinoshita school is that some techniques used for the construction of lanterns were in fact introduced the the mechanisms of samurai armor. If we analyze the yukinoshita-dō, one of the best bullet-proof cuirasses of the Sengoku period, we can see that the silk lacing, typical of the samurai armor, is here used very little, while the five large plates are connected with hinges. These large plates were in fact extremely heavy, forged with high quality iron, and did not need to be joint with fabric odoshi, as they were covering all the samurai's trunk. Due to the weight of the dō, also the shoulder straps were attached with hinges and the fabric almost disappeared. It will be reintroduced only later, during the Edo period, as a decoration.

The most important makers of the Yukinoshita school are Hisaie and Masaie, who sigend their samurai suits of armor between 1583 and 1607.