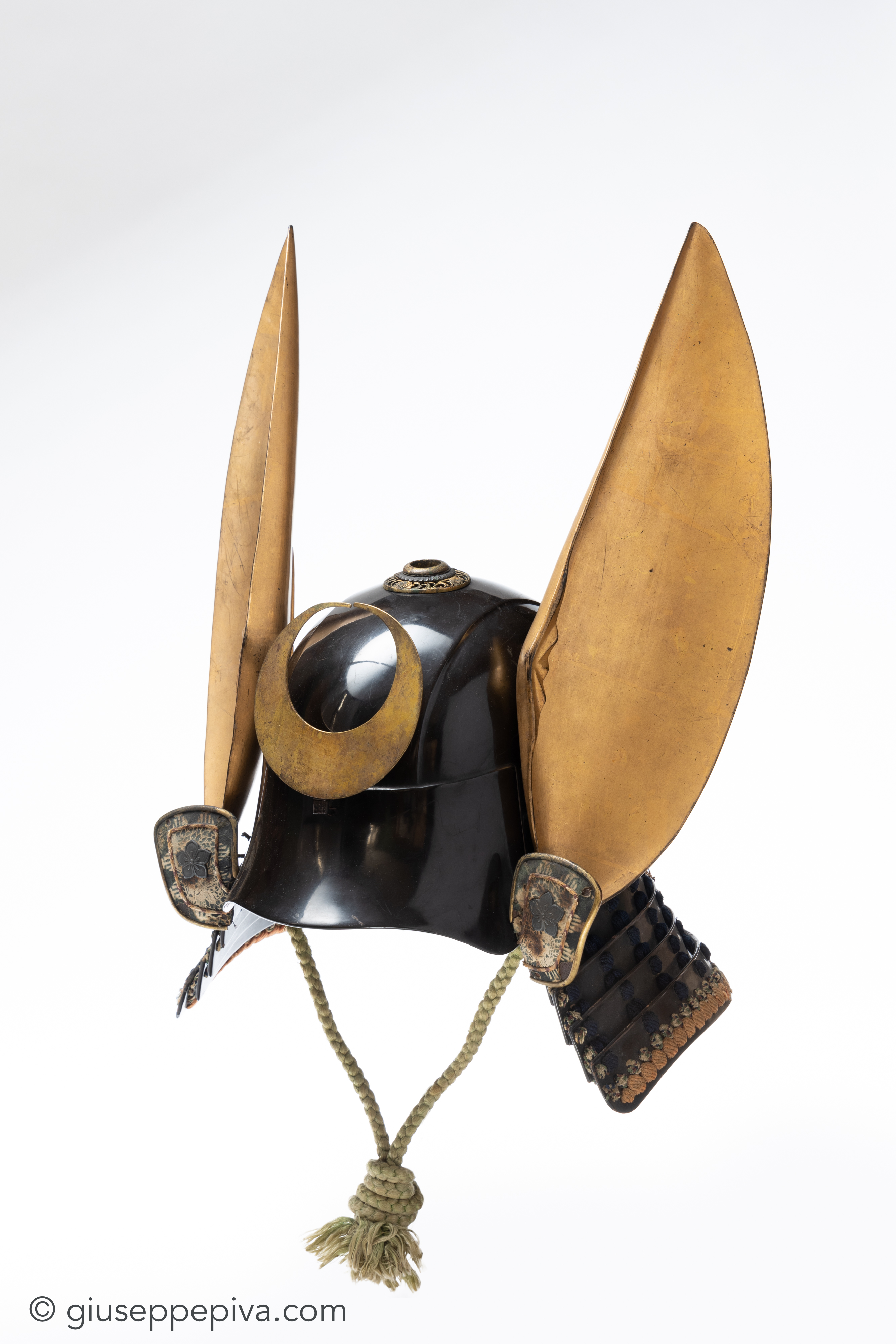 This samurai helmet is made of five iron plates that form a flat surface that has been lacquered in black. Antique samurai helmets of this type were originally made in the late Muromachi period and were became for their functionality. With such a simple design they were actually easy to produce but could be made with thick and resistant iron plates. Because of its shape, this samurai helmet is often referred to as “zunari” (head-shaped), while the term “hineno” is used to specify that the vertical plate does not overlap the visor, as opposite to the “etchu zunari” type, used by the samurai of the Hosokawa clan. The same term is used for this type of shikoro (neck guard): the hineno-shikoro, a creation of an armourer known as Hineno Oribe-no-Kami, was very popular in the latter part of the sixteenth century. It was tighter fitting, quite protective, and light; the fukigaeshi (turned-back portions) tend to be small and ear-shaped on the earliest kabuto, while they become larger and more ornate during the early eighteen century. Here they are covered with printed leather and bordered with gilded metal, while the family crest in the center, in the form of a bell flower (kikyo-kamon), is made in shakudo.

This rare kabuto is built on a Muromachi period bowl and it still bears the exceptional decoration on the hole at the top (hachimanza), typical of this period but very rarely seen on this type of helmet, which usually has no opening on the top.

During the mid Edo period, the kabuto has been reworked with a new shikoro, lacquer and tatemono (applied ornaments) The exceptional giltwood wakidate are shaped as elongated clams (hamaguri), while the gilded brass maedate on the front represents a crescent moon.