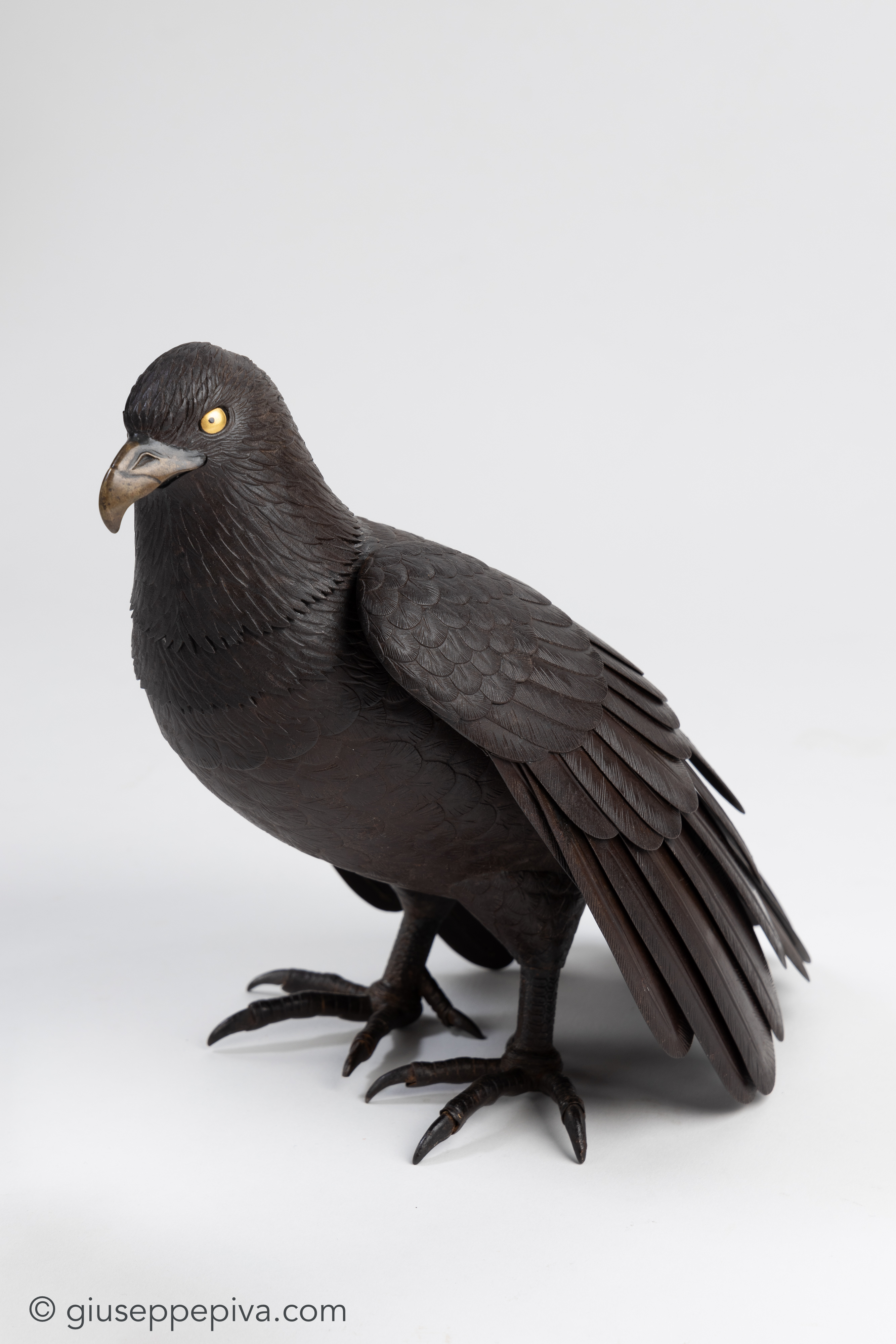 The iron hawk, constructed of numerous hammered plates jointed inside the body, can move remarkably smoothly its head, wings and claws. The finely chiseled feathers move individually and can spread. The beak is made in shibuichi.

The fearsome beauty and predatory features of hawks - sharp beaks, keen eyes, long curving talons - jmade them metaphors of martial training and the warrior spirit since the Muromachi period. Samurai found in the brave and daring nature of these brids a congenial expression of their ideals, and they became a preferred theme in painting. To collect and maintain fine hawks constituted a status-symbol of the warrior class. Tokugawa leyasu's enthusiasm for hawking (takagari) is said to have been unequaled and nearly all the successive shoguns down through the Edo period shared his keen interest.

Jizai okimono representing hawks are extremely rare. The earliest known example is in the Tokyo National Museum, signed by Mychin Kiyoharu, 18th century, and a few others from the Edo through Meiji periods are in private collections. Unlike most of these models, which have abnormally extended legs, this one is very realistic and has balanced proportions.

Jizai okimono are realistically shaped figures of animals. Their bodies and limbs are articulated, and can be moved like real animals; among these figures, we can find models of dragons, birds, fishes, snakes, lobsters, crabs and insects.  The term “jizai okimono” seems to be quite modern: In the 1893 Chicago World's Columbian Exposition the craftsman Itao Shinjiro showed an articulated piece which was described as kusshin jizai tsubasa no okimono (an okimono with wings that move in and out freely) and the word jizai is seen again in this context on the storage box for an articulated dragon purchased by Tokyo National Museum in 1911. The only known Edo-period box inscription referring to one (a small dragon) calls it a bunchin (paperweight). 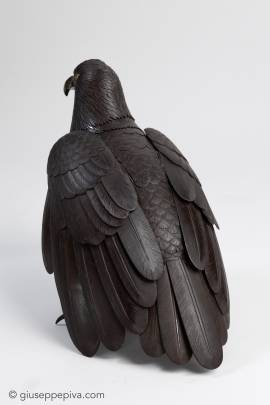 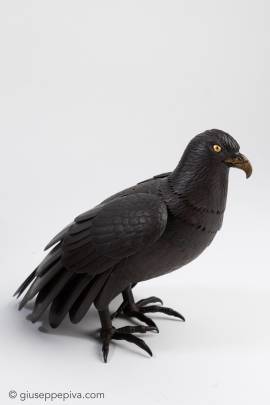