Bird on a a bamboo

The powerful composition shows a bird with a fierce look resting over a thick bamboo. The painting has been probably made for a samurai family, as common for Kanō artists, since the strong scene is quite distant from the decorative taste and the academic approach that in this period started to spread among painters of this school.
The Kanō school is one of the most famous schools of Japanese painting and their style of painting has been dominant from the late 15th century until the Meiji period, by which time the school had divided into many different branches. The school began by reflecting a renewed influence from Chinese monochrome brush painting and then developed a brightly coloured and firmly outlined style for large wall panels decorating the castles (shoheki-ga). The Kanō school was supported by the shogunate, effectively representing an official style of art for  daimyō and samurai families.
Eldest son of Kanō Tsunenobu (1636-1713), in 1678 Chikanobu entered the service of the shogunate and from 1681 he worked with his father at the wall paintings of Edo Castle. In 1713 he succeeded Tsunenobu as third-generation head of the Kobikicho branch of the Kanō school. Later, he received the Buddhist title of Hogen and in 1719 he painted a screen to be given to a Korean emissary.
His works are exhibited in all major museums, including the Metropolitan Museum New York, The Museum of Fine Arts Boston and Tokyo National Museum.
Price band: Under 5,000€
Scroll for sale.  Please include item stock number: alt-1546 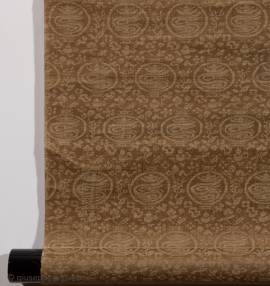 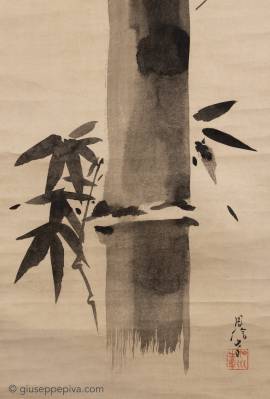 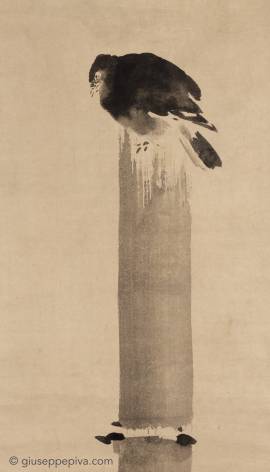