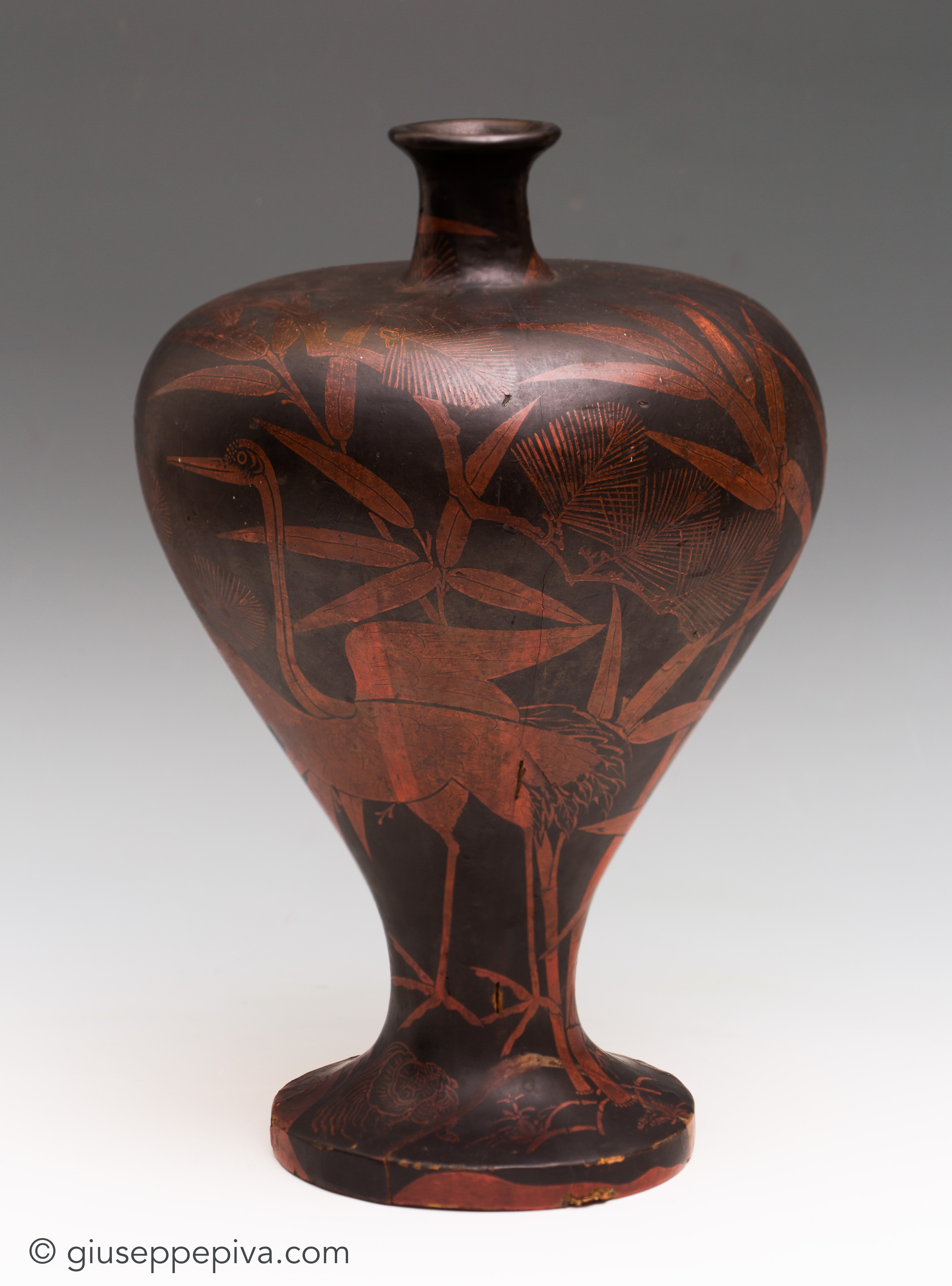 
From the ancient times up until the Heian Period, sake was brewed mainly as an offering to the gods and served in Shinto shrines in unglazed earthenware vessels. From Kamakura period onwards, large size wooden vessels (heishi) became popular and banquets were held for ceremonies and festivals, where people took turns drinking sake from the same bottle. The shape of these vessels was inspired by the antique Chinese ceramic wine bottles from the Song dynasty and the surface was generally lacquered in red over a black ground, with a style now named after the Buddhist monastery where this technique has developed, Negoro-ji.

The construction of this heishi is consistent with that of Negoro ones: the wood core is composed of two parts and the spout is carved separately and inserted in the top. The shape is very elegant and the proportions well balanced, with a sinuous design that lightens the massive size.

When Negoro-ware reached its highest popularity in the late medieval period, other decorations were developed as variations of the main style. Among them, urushi-e (or e-Negoro) is a technique that allowed to adorn and enrich ritual items for special occasions or for a demanding patron as an alternative to the flat cinnabar-red of the Negoro-ware, at that time not yet worn by daily use. The technique of painting with lacquer was brought from China and then developed following the traditional Japanese aesthetic and essentially becoming one with Negoro lacquerware. Even if red Negoro items with black decorations are known, the ground is generally black (kuro-Negoro) and the design is either in red or silver lacquer.

Featured in this antique heishi are four longevity symbols that express the universal wish for a long, healthy life.

Bamboo is one of the most versatile and abundant materials in East Asia, eaten by both humans and animals and used to make everything from houses to paper. It remains green throughout the four seasons and therefore symbolizes long life. Because it bends rather than breaks, bamboo also represents resilience, and its simple shape, humility. According to Confucian ideology, bamboo possesses the qualities of a great scholar: humility, uprightness, the flexibility of mind, and grace. 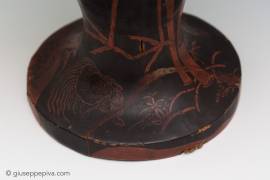 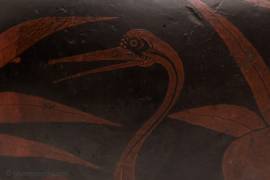 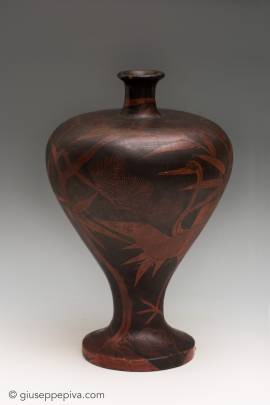 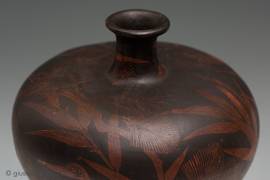 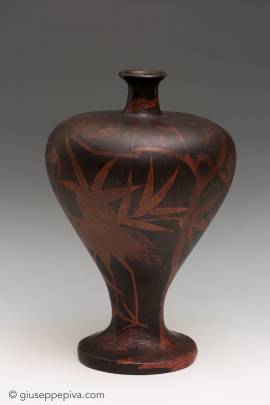 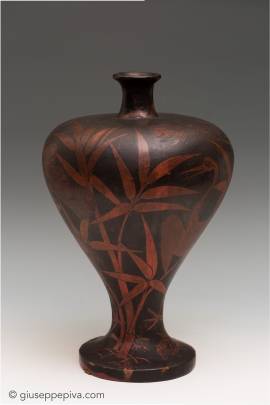