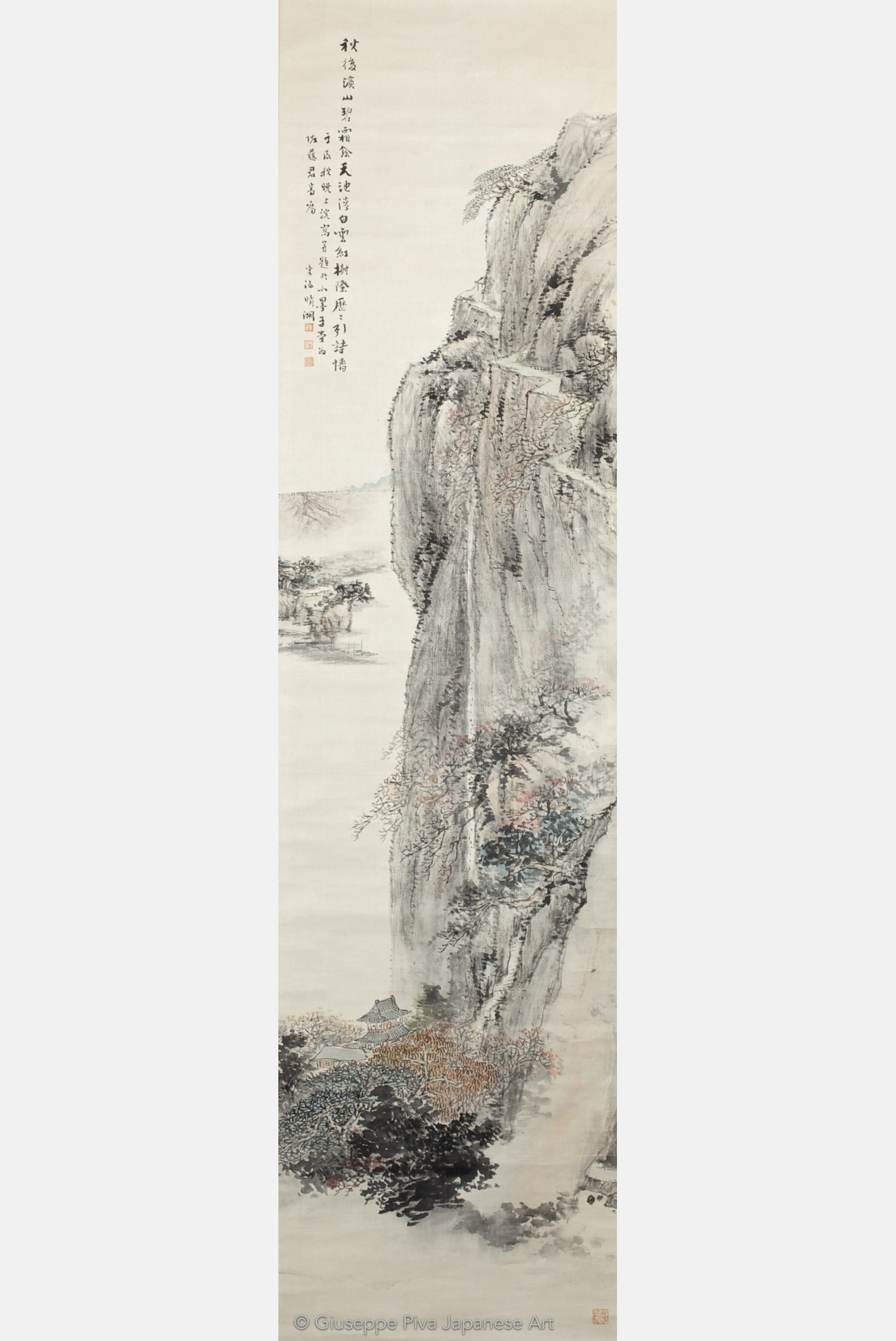 The hanging scroll shows a literati landscape in the nanga manner, with a long inscription and signed with three seals. The scene is dominated by a steep mountain, on which a waterfall is pouring. The style is quite naturalistic and impressionistic. The technique used by the artist to represent the climbing vegetation and splashing waterfall is small dark spots that create the illusion of depth and dynamism. Color inks are added to the black one and create red and bluish shades that underline some details.

In late autumn, the mountains are green.
Frost in the air, the ponds are pure.
White clouds at the edges of maple leaves.
Seeing them all, poems flow out of me.


In the year of the dragon, at the beginning of September, I wrote this poem at my hut in Shouboku, at the request of Mr. Sato.

Okuhara Seiko was a very prolific and eclectic literati artist (bunjin) of the Meiji Period. Born in Shimosa Province and daughter of a high-rank samurai, she was adopted by her aunt’s family (Okuhara). She moved to Tokyo to pursue her career, where quickly entered the heart of the capital's literary and artistic circles. Later on, she moved to Kumagaya, in Saitama Prefecture. She was known as a nanga painter and taught herself to paint in the Ch’ing literati style. Her later nanga manner was also slightly influenced by Western-style painting. Called the “Amazon” for being an unconventional person,Seiko was an intelligent, educated, woman who was considered a feminist revolutionary. Okuhara was also fascinated by seals so that she used at least 134 seals, different one from another by size, style and inscription.

Even if the majority of her works remain in private collections, there is a major collection of her works in the Koga City Museum of History. Some paintings owned by the Tokyo National Museum, some other by the Ibaraki Museum of Modern Art. Other works are in the Prefectural History Museum in Mito. 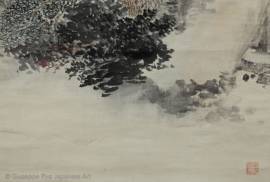 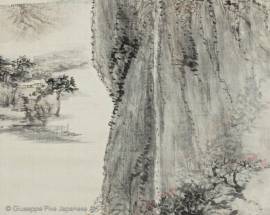 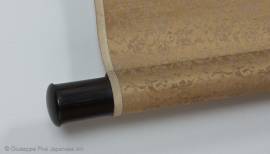 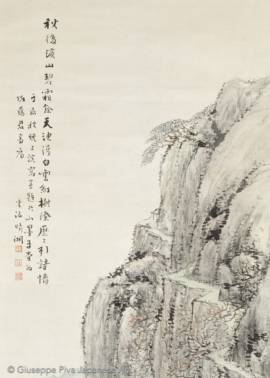 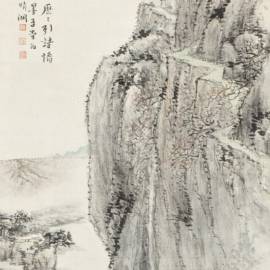