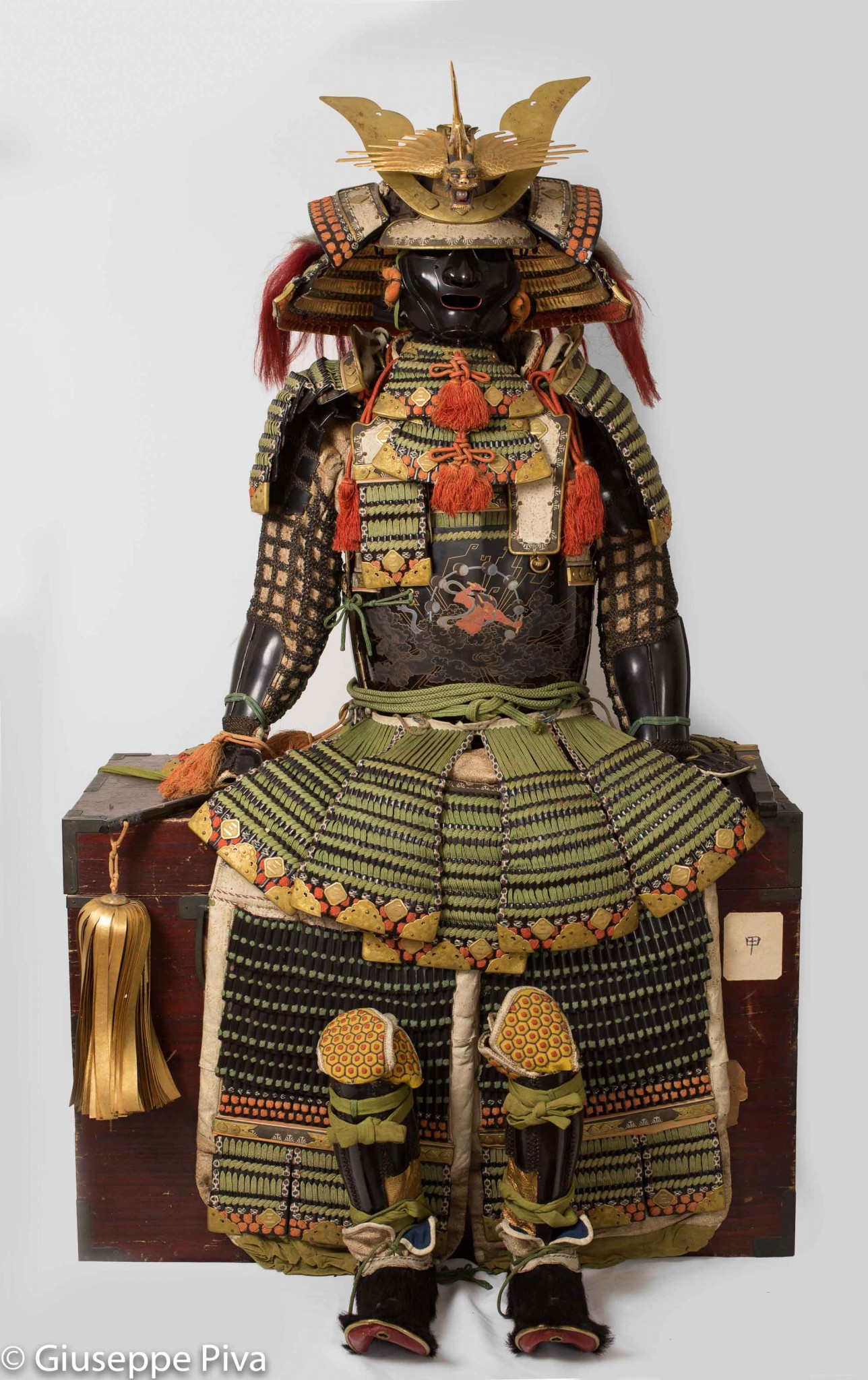 This very important suit is complete and original. It is entirely made of hon-kozane plates (individual scales) and bears gilt metal engraved kanamono all over its parts; interiors are lacquered in gold, a sign of a very high level provenance.

The armor comes with a wide series of accessories: it includes two pairs of suneate (one heavier and one very light), as well as a nodowa (throat guard), a pair of bear-fur kutsu (shoes), a saihai (commander’s baton), a jinbaori (surcoat) a hakama (pants) and many other original clothes.

A mon with the character 三 (three) from the Inaba clan is applied all over the armor’s elements.

The kabuto (helmet) is made in the style of a Kamakura period ō-boshi sujibachi kabuto, with a 18 plates rounded bowl showing large protruding rivets. The exquisite parcel giltwood madeate is shaped as a shachihoko, a mythical creature often represented as protection against fire. The shikoro (neck guard) is covered with a rare horsehair red and white decoration.

The dō (cuirass) is richly decorated in maki-e lacquer over a black ground, with a red figure of Raijin - the god of Thunder - creating a storm beating his drums among clouds. The same black lacquer is used to cover all other armor’s parts, except for the helmet’s bowl.

The two large rectangular plates of different shapes which protect the armor’s toggle fasteners, sendan no ita and kyūbi no ita, are again inspired by the great armors of the Kamakura period.

The suit features a rare haidate (thigh guard) of hōdō type, which include pending sections which replicate the style of the kusazuri (tassets).

The Inaba family originated in 16th century Mino Province; during the Edo period, as hereditary vassals of the Tokugawa, the clan was classified fudai and its members were appointed daimyō of large and strategic provinces; they also covered various important administrative, political and military roles.

Myochin Munesada, who signed and dated the kabuto, is reported to be son of the famous Muneakira; his works are very rare. 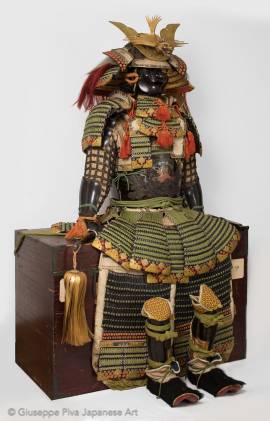 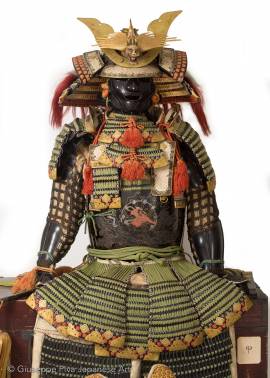 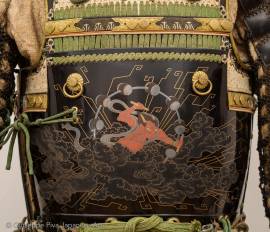 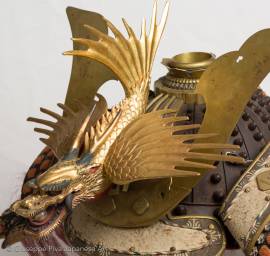 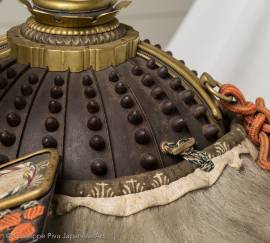 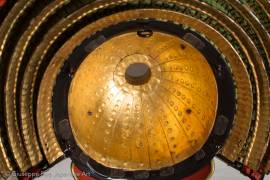 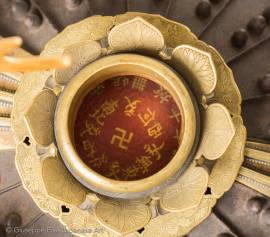 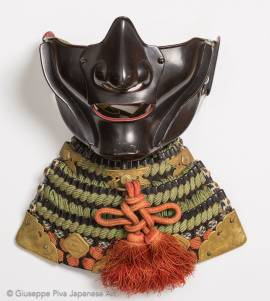 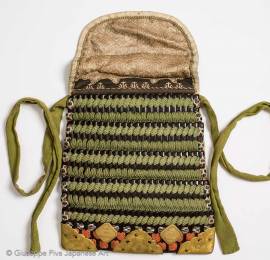 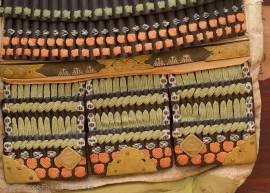 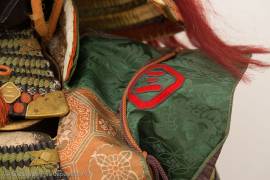 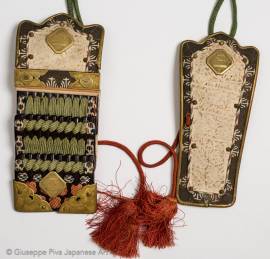 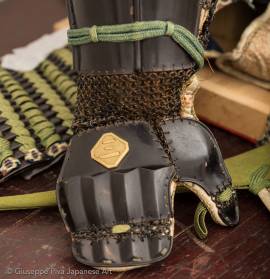 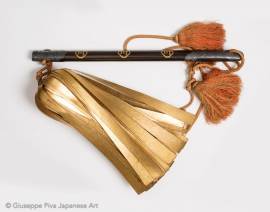