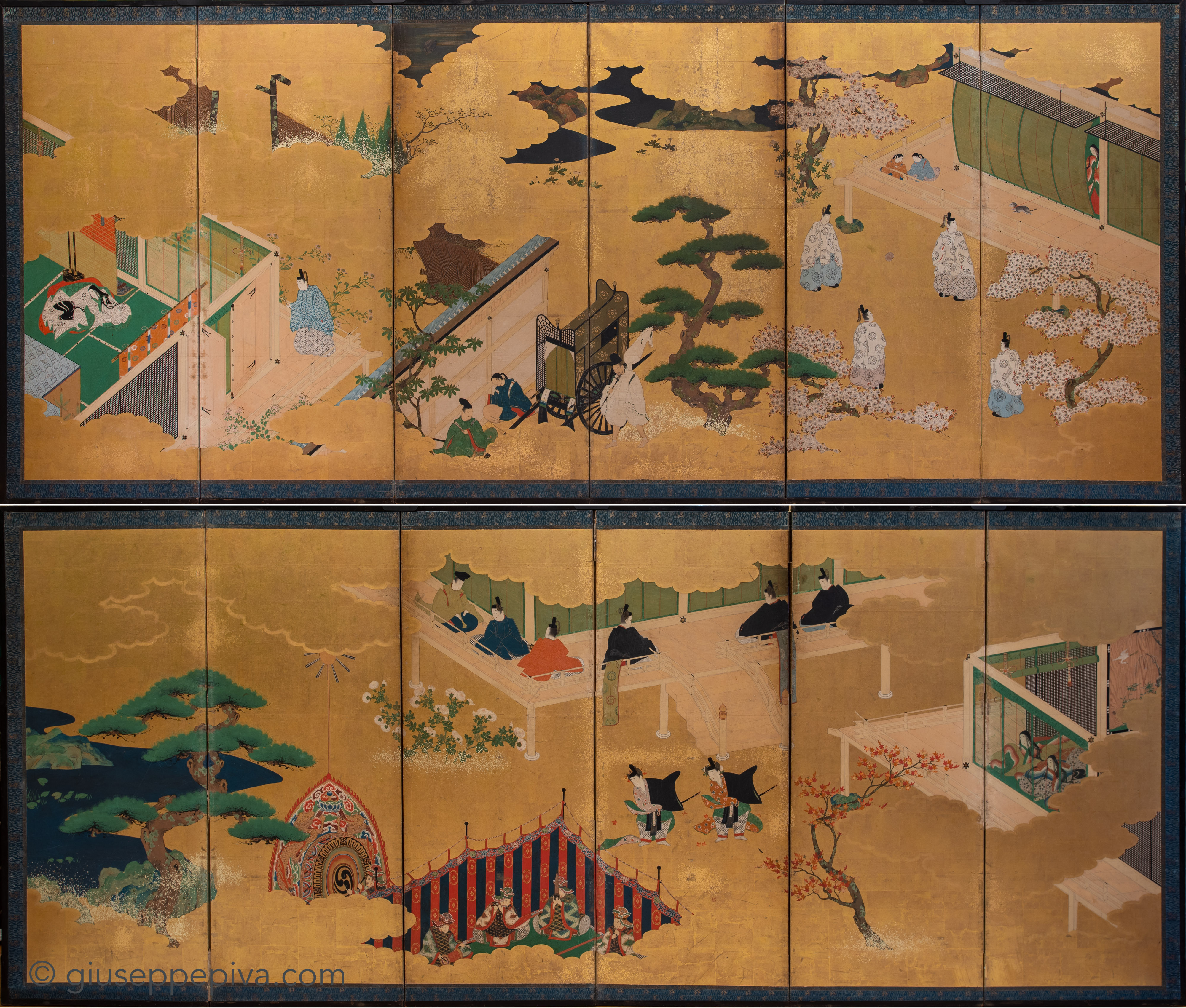 Written in the early eleventh century by the court lady Murasaki Shikibu, the story of the life and loves of the fictitious Prince Genji has endured for nearly one thousand years as the epitome of the classical Japanese novel. Throughout this time, the Tale of Genji has had an enormous impact on Japanese art. During the Edo period, classical themes such as Genji enjoyed a resurgence of popularity, and these two screens are a testament to the care and precision with which artists rendered the detail of this novel.

The pair of screens depicts three of the most famous scenes:

In this chapter, , translated as "An Autumn Excursion”, Fujitsubo becomes pregnant as a result of her affair with Genji, and the prince born to her bears an unmistakable resemblance to Genji, rather than to the Emperor Kiritsubo. The illustrated scene shows the rehearsal in the imperial garden of a performance to be given during the royal excursion, where Genji and his freind Tou no Chuujou dance Waves of the Blue Ocean, Seigaiha.

One autumn night Genji, holding a spray of sakaki, enters the rustic temporary shrine precincts of Nonomiya to bid farewell to Lady Rokujou who is finishing preparations with hed daughter to become priestess at Ise.

The retired Emperor Suzaku, in failing health, seeks to retire into the Buddhist priesthood. To sever his last ties to the mundane world which center on his concerns for his daughter the Third Princess, Onna San no Miya, he entrusts her in marriage to Genji, who reluctantly agrees to the match despite their great differences in age.

The scene chosen here to depict the episode occurs in the spring while Genji and Prince Hotaru watch Kashiwagi (who will later become the Third Princess’ lover) and his three younger brothers play kemari, a kind of football. A Chinese cat pulls at a string and opens the curtains, allowing Kashiwagi to catch sight of the Third Princess, with whom he immediately falls in love.

Notably, the cherry blossoms were not simply painted but built up with a white shell paste (gofun), which makes them emerge from the painting surface in low relief. 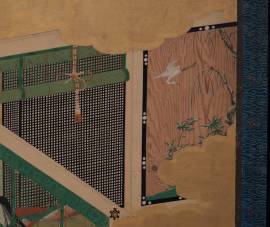 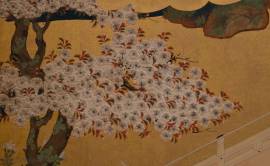 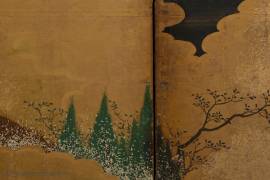 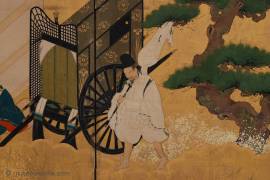 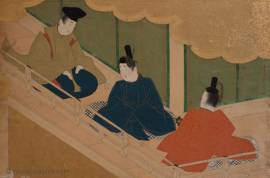 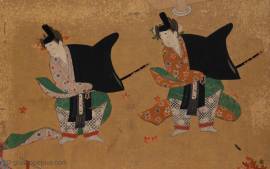 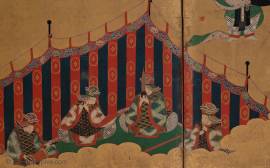 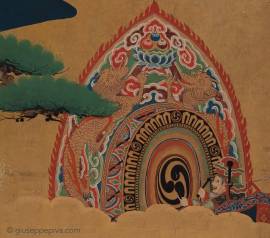 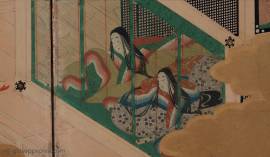 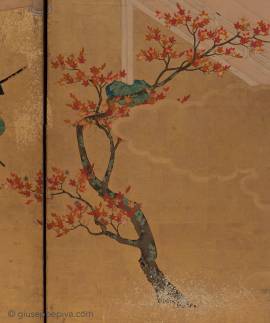