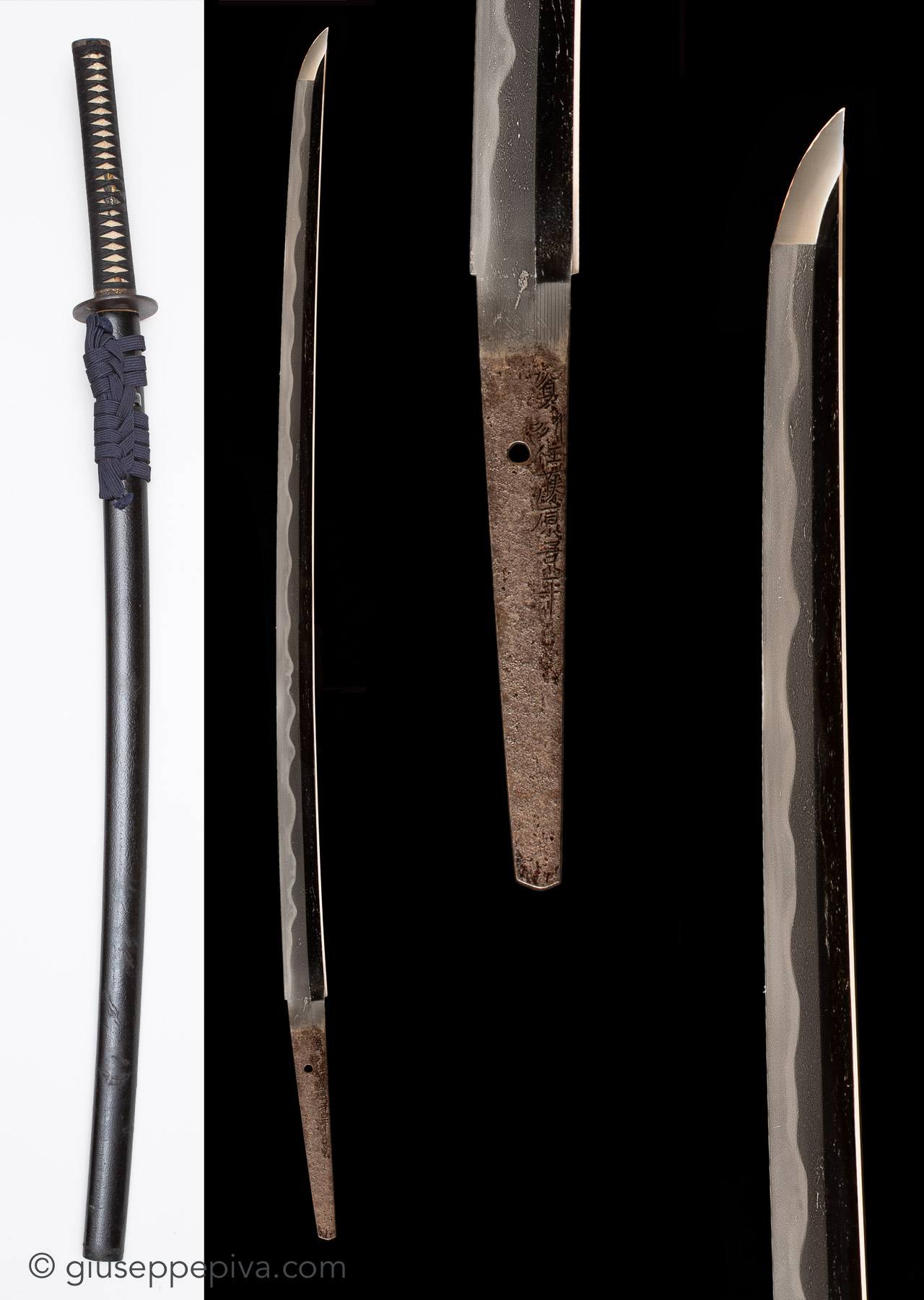 Koshirae: The sword is accompanied by a good koshirae from the Edo period.

The Kashu Kanewaka School can trace its roots to Shizu in Mino Province, as Tsujimura Yomonosuke, father of the founder of this school, was a descendant of Shizu Saburo Kaneuji. Yomonosuke moved to Kaga province probably to work for the Maeda clan, who begun to build a new castle in Kanazawa and was in need for swords as well. When he arrived in Kaga, his son Jinroku founded the Kashu Kanewaka school being first generation of smiths signing “Kanewaka”.

Tsujimura Shirouemon, known as Kagehira, was the eldest son of this first generation Kanewaka. He followed the style of his father and was active from 1620, with dated works between 1628 and 1656. It is interesting to note that Shirouemon is not indicated as the second generation Kanewaka, while his younger brother Matasuke is given the name when he was a child. It is therefore possible that Kagehira may have made swords and signed them as first generation, following the daisaku/daimei tradition, where a son produced swords that would be signed with his father’s name. This could also explain the relative scarcity of swords signed Kagehira. In fact, it is to note that Kagehira's blade are rated Ryō-Wazamono (“good sharp swords”), equal in sharpness to his father's but superior to his younger brother's. 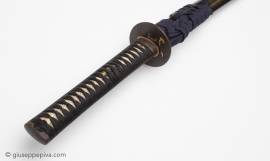 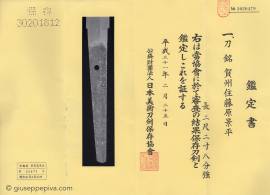