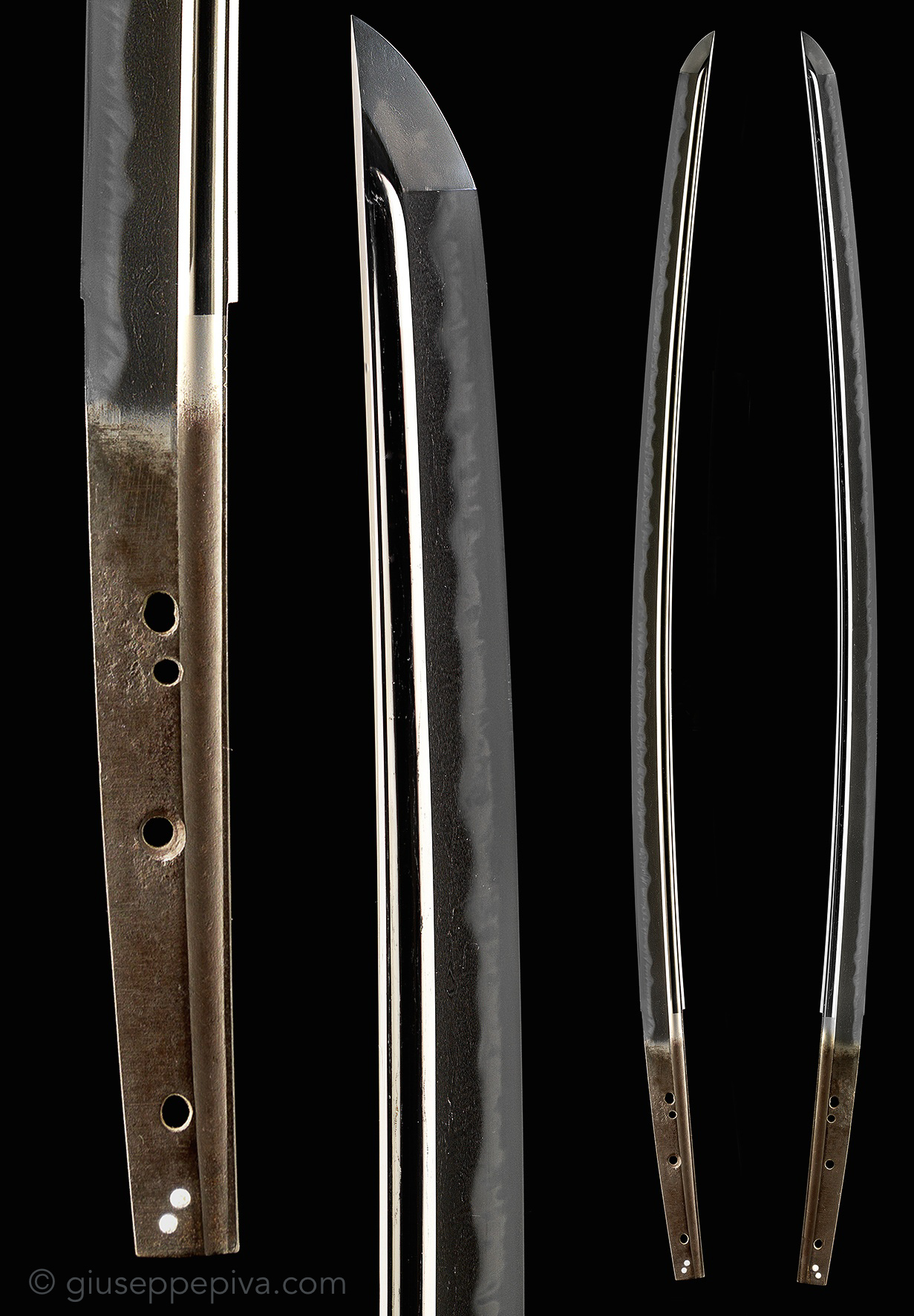 Origami: With a certificate of registration designating this blade as Juyo Token (Important Sword) issued by the Nihon Bijutsu Token Hozon Kyokai (Society for the Preservation of the Japanese Art Sword), dated 1977 (25th Juyo session).
Sayagaki: The blade is in shirasaya. The scabbard bears an inscription by Sato Kanzan “Bizen no kuni Yoshioka Ichimonji” dated “Autumn 1976” (Showa 51).
The sword is massive and elegant, with a slender shape and a balanced funbari [width diminishing toward the point]. The jigane is a ko-itame mixed with nagare and shows a very strong choji utsuri. The hamon is in nioi deki, with a flamboyant choji midare which sometimes bends in saka-choji or slow down to become ko-gunome.
The Ichimonji School of Bizen was founded during the Kamakura Period and was active through all the Nambokucho; it is considered one of the most important schools of production for the Japanese sword. Works from the early to mid Kamakura are generally called Ko-Ichimonji, when the area of production was located in Fukuoka, while in the latter part of the Kamakura Period and early Nambokucho the school had moved to Yoshioka.
The founder of the Yoshioka Ichiomonji School was Sukeyoshi, maybe grandson of Sukemune of Fukuoka. Many of the swordsmiths from the Ichimonji school used to sign their works with the character "Ichi", followed by their name. Among others, we find Sukemitsu, Sukeshige e Sukeyoshi.
Blades from the Yoshioka Ichimonji school show a grand but elegant sugata, well-forged iron with a soft jigane , generally composed of mokume-hada mixed with o-hada; utsuri, like in this sword, can be seen. The hamon is that typical of Bizen tradition, with choji midare showing splendid hataraki. 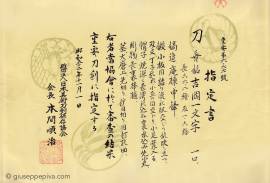 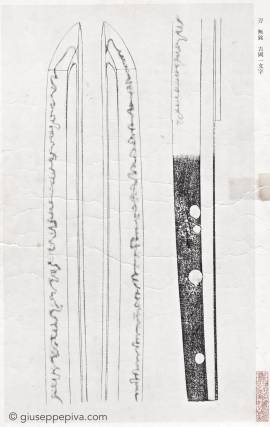