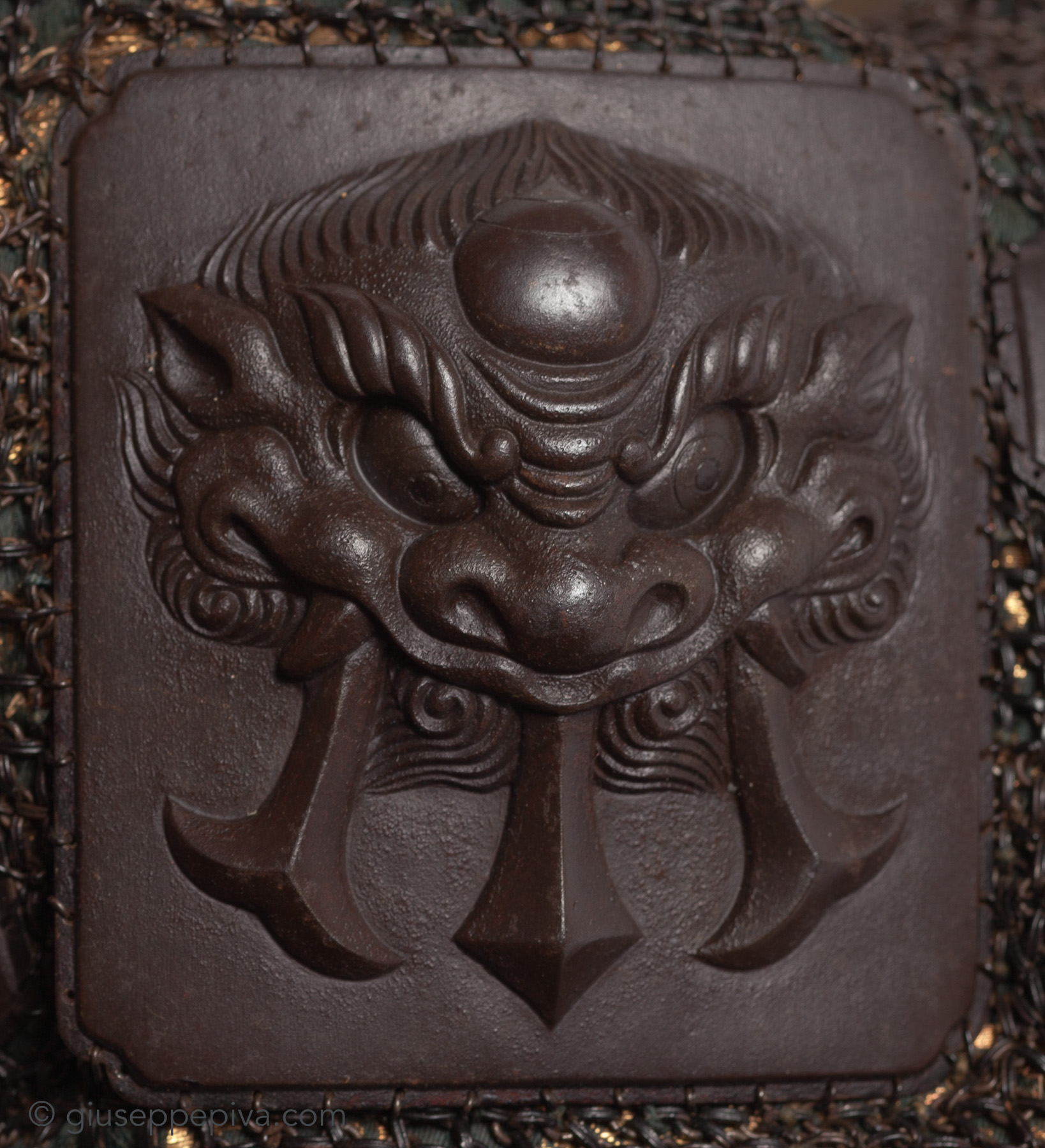 Repoussage, uchidashi in Japanese, is a technique present in all the cultures that worked with iron. This kind of decoration is obtained by hammering out an iron plate through the use of different tools and embossing the intended design. At last, the illustration is often perfected on the front by chiseling it to refine the details.

As this type of metalworking needs a quite thin iron plate, Japanese armours from the Age of Warring States (sengoku judai) hardly featured it, whereas it became more and more frequent on armours worn by samurai during the peaceful Edo period, from the end of the 17th Century, when the defence needs were de facto defaulted.

The armorers who best developed and broadly applied the uchidashi technique to samurai armors were probably those of the so-called “ Miyōchin Ki” group, which attained remarkable outcomes thanks to artists like Munesuke and Meneakira.

Another armorer who became famous for his exceptional bravura in creating samurai helmets (kabuto) and facial armors (menpo) with the above-mentioned technique is Ryoei. Ryoei followed afterward by his disciple Kunitaka, produced menpo and kabuto with very peculiar traits, specializing in the construction of elements of the Japanese armor by embossing a single iron plate (ichimai uchidashi) without riveting its parts, in contrast to what was normally done at that time.

At the end of the Edo period, samurai armors decorated on the cuirass (dō) with the uchidashi technique became extremely popular also among Western collectors; hence they were very recurring in the European collections constituted around the turn of the 19th Century.