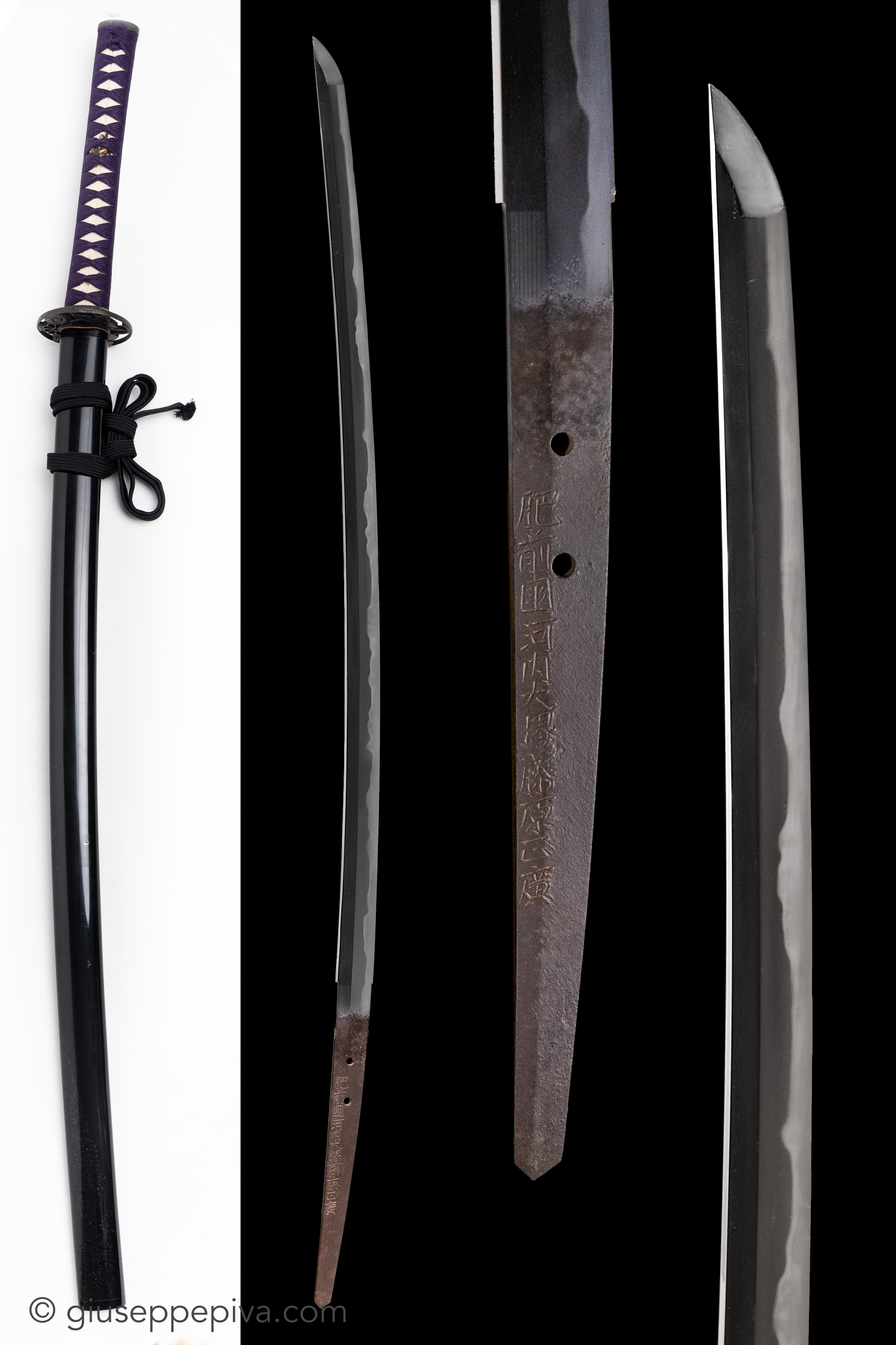 A Hizen Katana in koshirae

Boshi [point]: Round at the end with hakikake kaeri

Origami [paper]: The blade comes with a Hozon Tōken (Sword Worth of Preserving) certificate issued by the Nihon Bijutsu Token Hozon Kyokai.

Koshirae [mounts]: The sword in an antique shirasaya and accompanied by a good antique koshirae with high level fittings and lacquer.

Even if the main style of the Hashimoto family was based on suguha hamon, Masahiro worked mainly in midare, as seen on this blade. The reason might be that the daimyō Nabeshima, who commissioned the work, was very fond of Soshu Gō’s style, who used a midareba with strong nie.

Due to the great success of this style, numerous generations of swordsmiths signed Masahiro throughout the Edo Period.

The sword shows the typical konuka-hada, thought to be the result of Hizen smiths attempting to replicate the nashiji-hada of the great Yamashiro masterpieces. The name comes from the fact that this type of hada resembles rice bran (konuka). 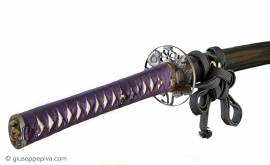 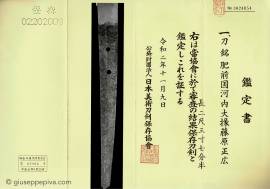