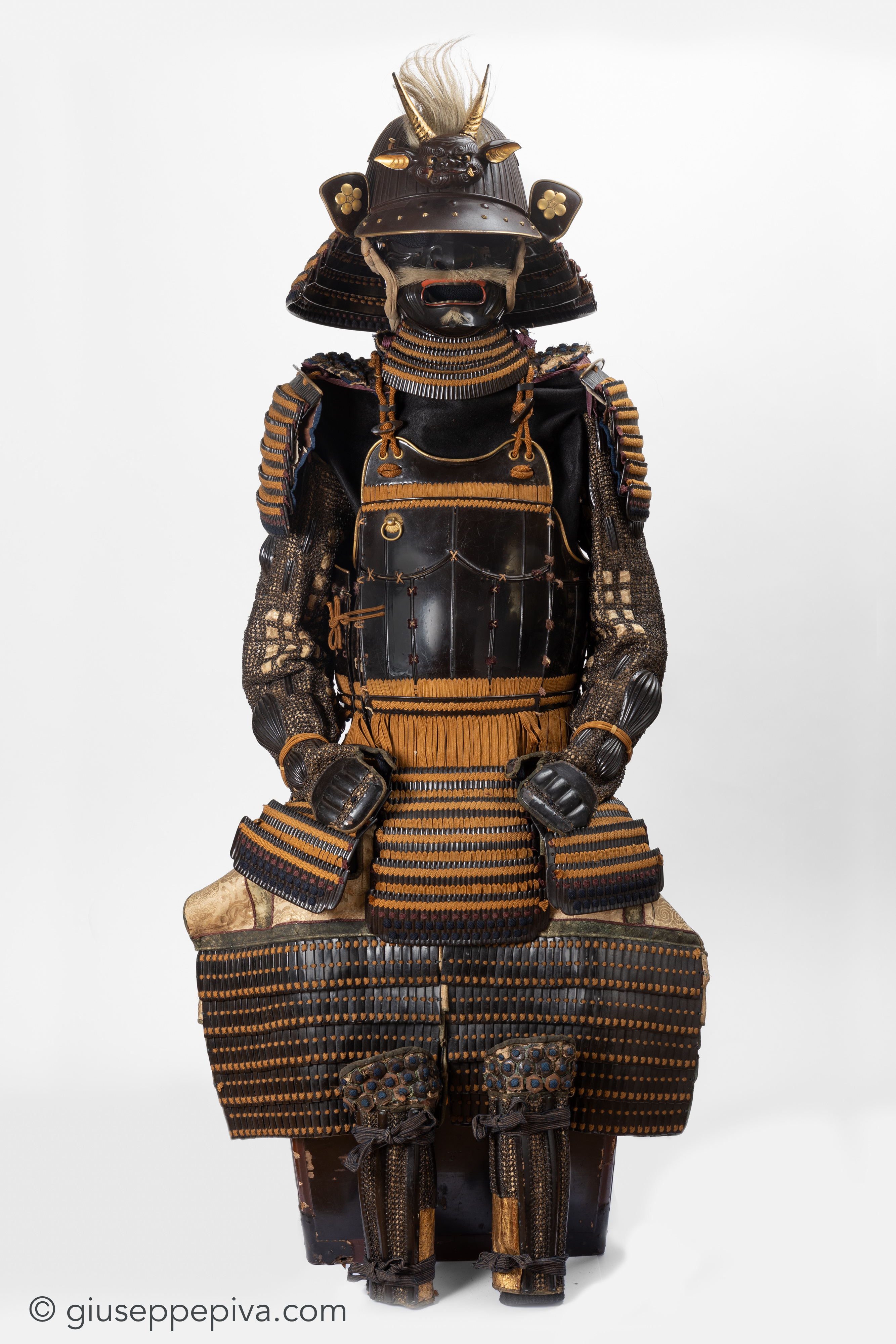 The unique construction of this armor is made to resemble the nude torso of a Buddhist guardian deity, Niō. In fact, the front section is composed by six shaped plates, not including the top one, that outline the design of breast muscles. This kind of design, in a very naturalistic render rather than stylized as in this case, was popular among samurai since the Momoyama period and some famous suits of armor are embossed as a nude torso.

The helmet is a Haruta school 50 plates sujibachi kabuto, lacquered with a dark brown urushi and finished with four gilt shinodare. The front decoration (maedate) is a finely carved parcel gilt wood head of a shikami, a demon of the Japanese tradition, finished with the same brown lacquer. The visor (mabesashi) as well as other parts of the armor, are embellished with an engraved gilt copper rim.

Another unusual feature of this armor concerns the arm protection. In fact, instead of being long sleeves, kote are shorter than usual and the upper part of the arm is protected by an unusual chainmail element. 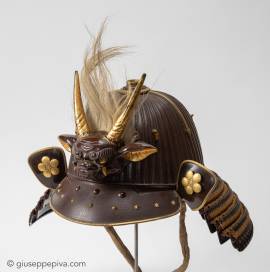 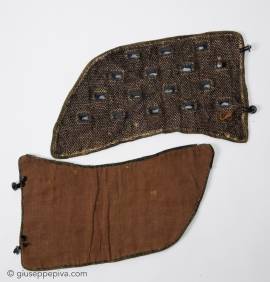 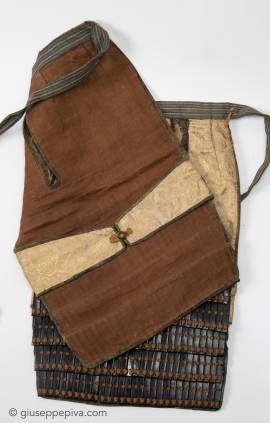 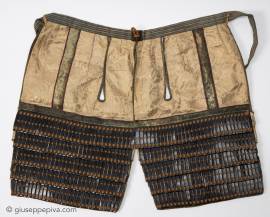 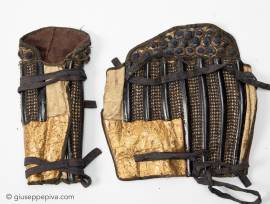 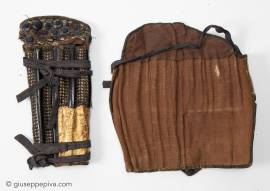 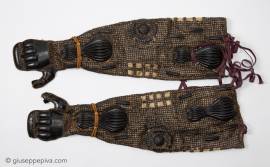 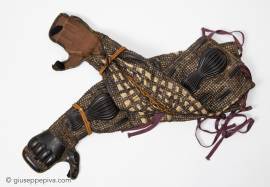 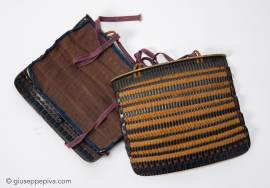 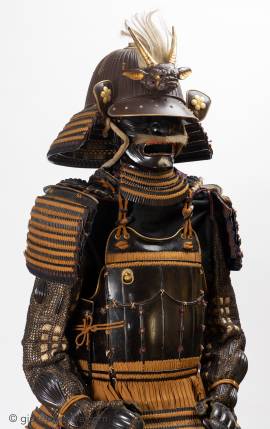 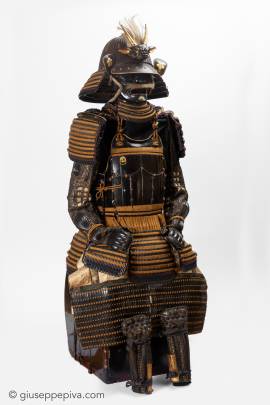 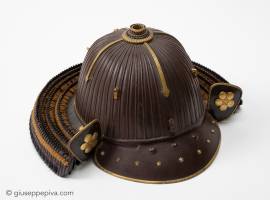 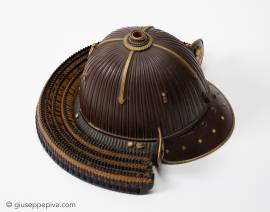