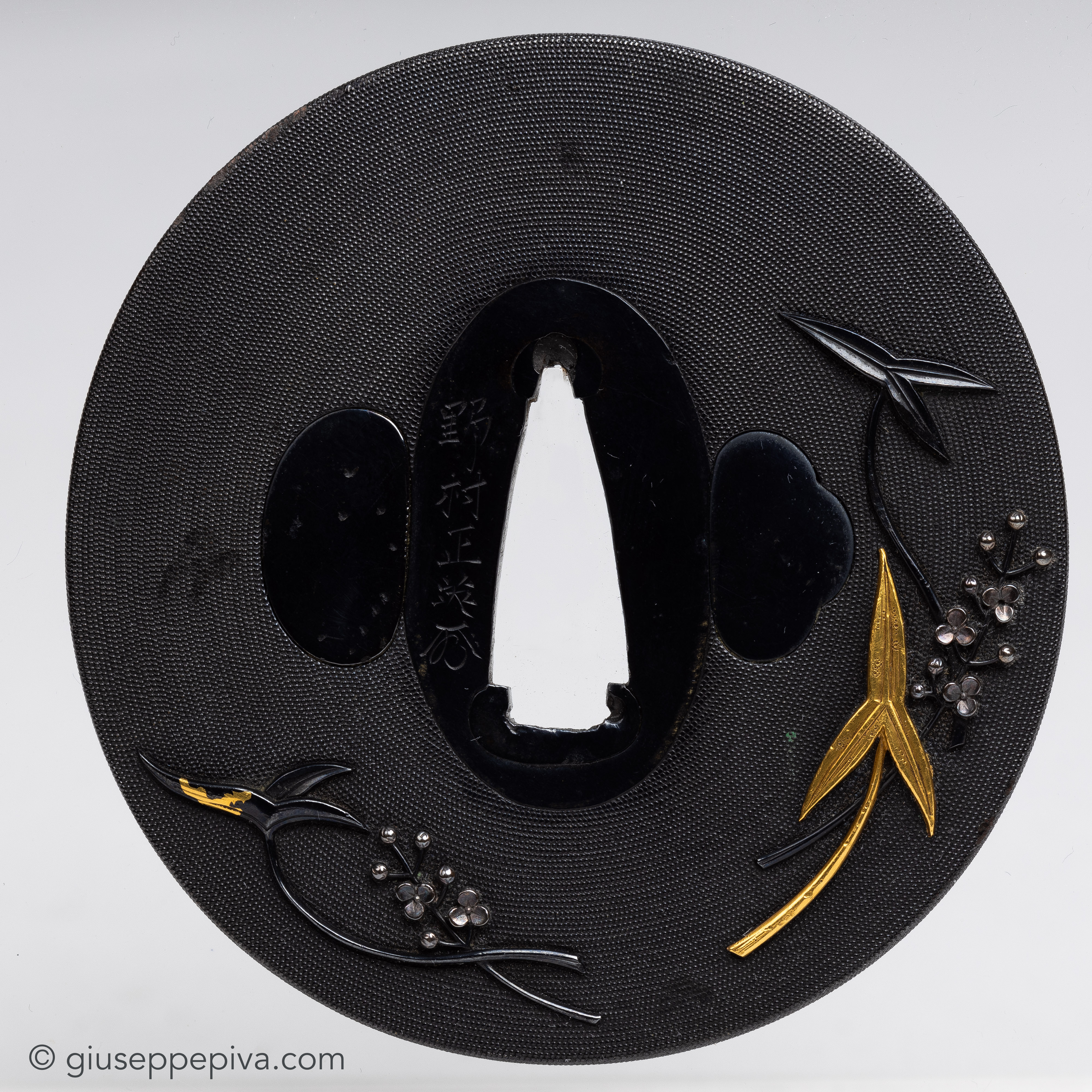 The Nomura school was founded by Kozaemon Masatoki, who studied with Gotō school artists and maintained their stylistic features, producing works in shakudo nanako with subjects in takabori. Due to this resemblance some sources refer to the Nomura school as "Awa-Gotō". The school's production originally included all kinds of sword fittings with the exception of tsuba, which begun to be made only in the second part of the Edo period.

Masahide, whose real name was Sadashiro, was the eighth master of the Nomura school. His works are quite rare and always of the highest quality. His only known dated work was made in 1798.

Sagittaria water plantain (omodaka) first appeared as a design for tsuba in the Heian period. From such early beginnings, this decorative plant has shared a long history with the samurai. Also known as “shogun’s grass” (shogunso), it  was held in high esteem as a symbol of victory.

Tsuba on sale. Price on application 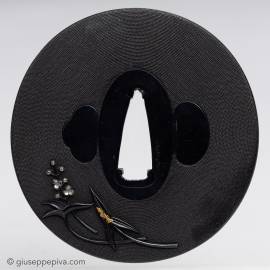 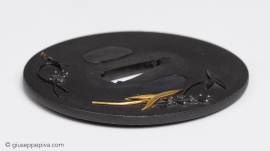 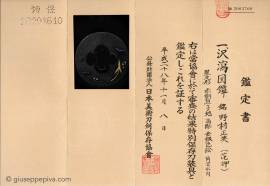