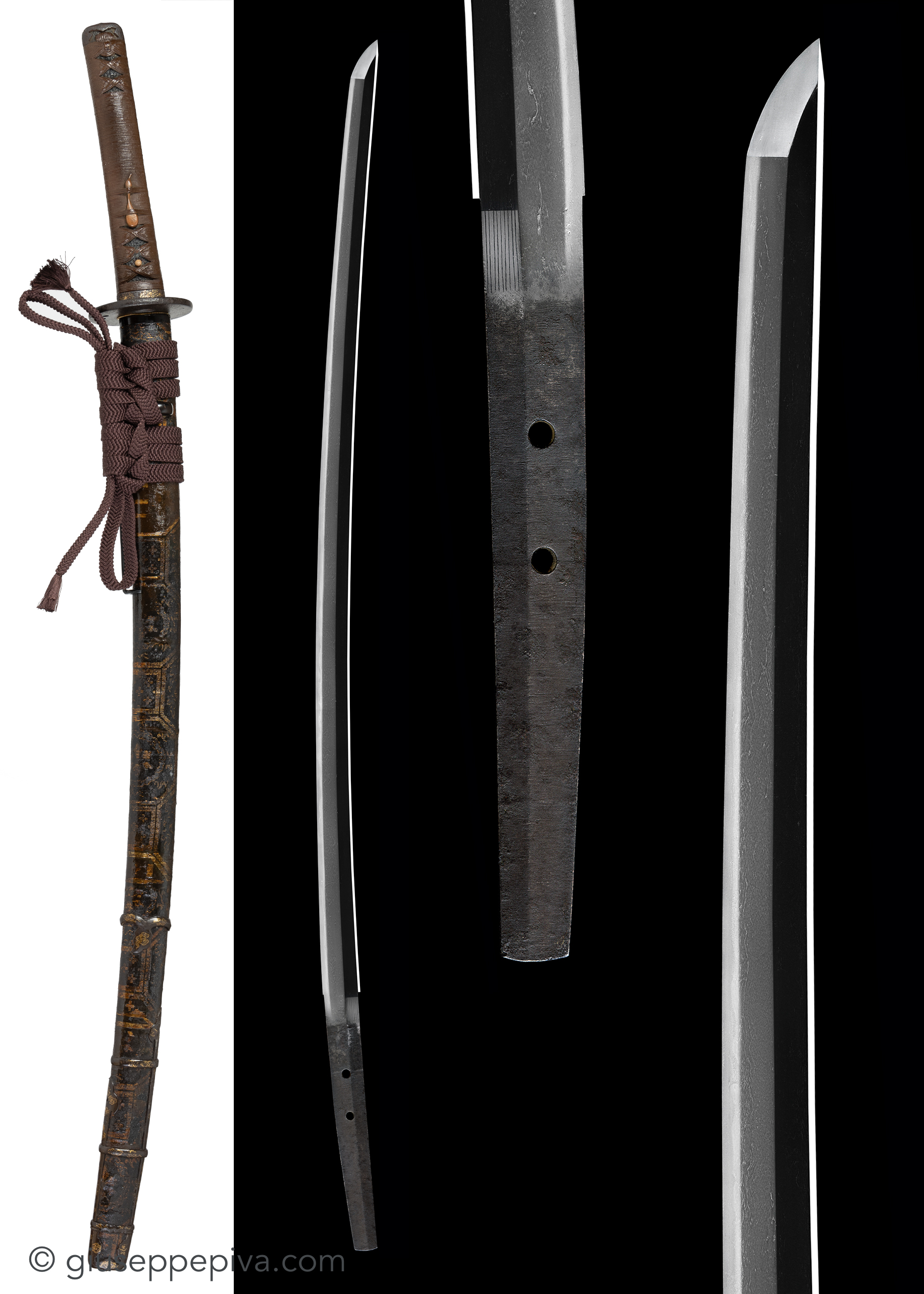 The blade comes with a Tokubetsu Hozon Tōken (Sword Particularly Worth of Preserving) certificate issued by the Nihon Bijutsu Token Hozon Kyokai.

The sword is accompanied by a good antique handachi koshirae with high level fittings. The saya is covered with silk. Tosho tsuba.

The province of Yamato was the center of Japanese culture during the Nara period before the capital was transferred to Kyōto in Yamashiro. This was an area of some powerful Buddhist temples, many of which sought to arm themselves to guard their rights and property. Accordingly, five sword-making schools were founded and patronized by powerful temples for that purpose: Senjuin, Tegai, Taima, Hosho, and Shikkake. These temples had a nationwide network that spread the fame of the smiths of these schools creating a great demand for their swords. It is for this reason that we find the Yamato sword making school characteristics as the foundation for many of the sword making schools that followed throughout Japanese history.

The Tegai school was founded in the Kamakura period by Kanenaga. It was named after the Tegaimon gate of Todaiji temple in Nara, near which it was built. His style of sword bears some typical Yamato traits, such as the wide shinogi-ji, high shinogi and masame hada mixed with mokume.

At the end of the Nanbokuchō period, the school ceased to be active. However with the start of the Muromachi period, it once again became active and began to prosper. The revived school is called the Sue-Tegai. Even if many of the Yamato schools had a decline in the quality of their swords during the Muromachi period, The Sue Tegai school,  together with the Kanabo school, remained active and produced very good blades, with features typical of the Yamato tradition.

This katana is quite interesting. In fact, Sue-Tegai blades are normally quite poor of activities and the traditional rich Yamato boshi is replaced by a regular rounded one, in this case we can find a many hataraki in the habuchi and the kissaki shows a very nice hakikake. 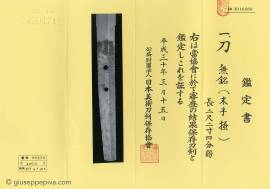 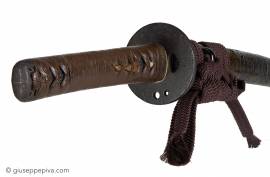