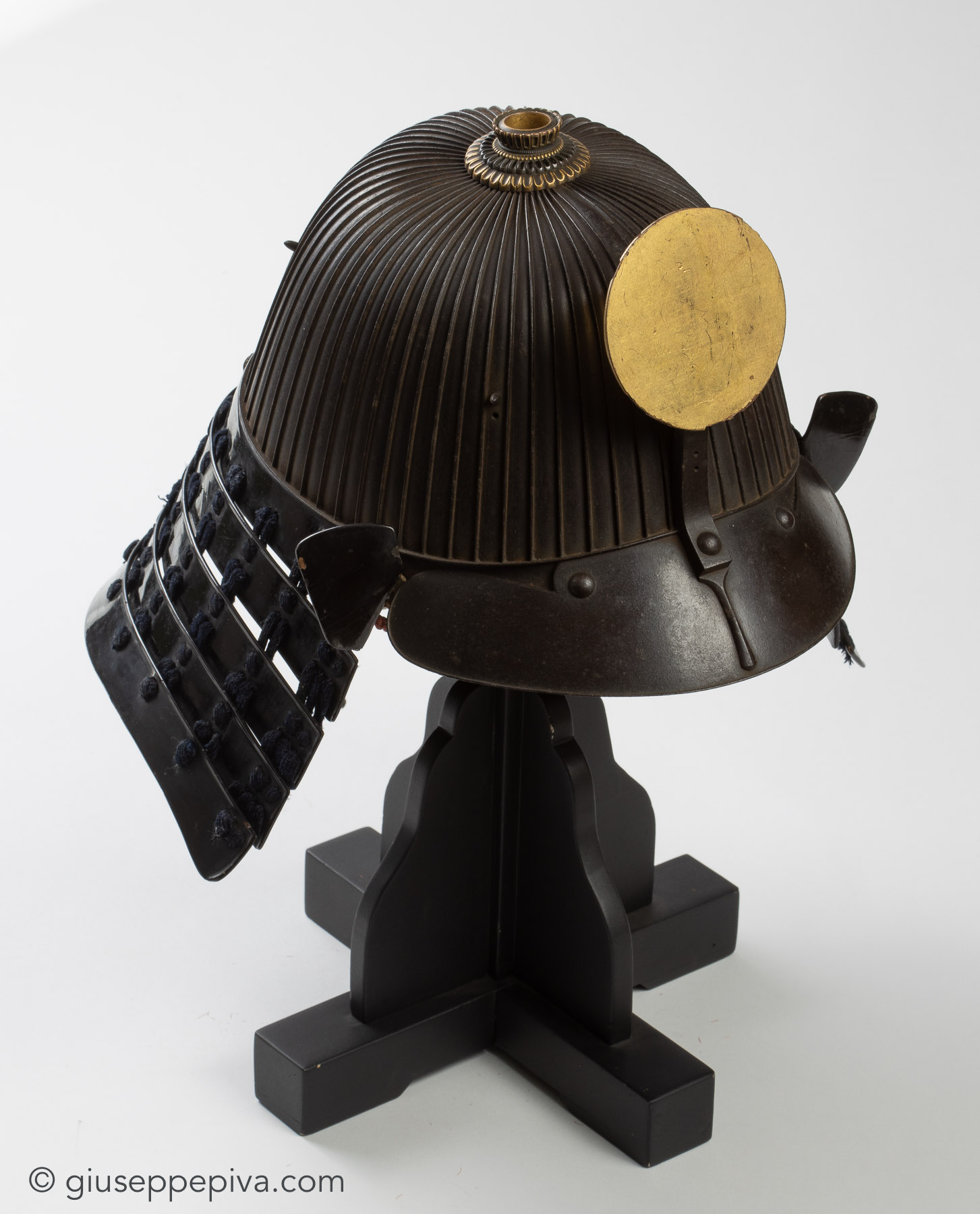 A rare 62-plate kabuto. The plates are joined with hammered rivets, invisible from the outside. In the interior, the “Saotome-byo" is visible, as a typical feature of the Saotome armor makers.

Each plate is connected with seven rivets and shows an embossed shape that reveals a very strong construction of the whole kabuto that can be very effective against bullets: each plate is in fact strongly curved but then flatten under the next one; as a result, the bowl is ribbed from the outside but completely flat inside and the surface is contracted everywhere by a double layer of iron with some air in between: the embossed plate could then receive a bullet and absorb the hit, while the inner plate would remain unaltered.

The original black-lacquered five-stage shikoro (neck protection) is slightly curved on the shoulder (hineno shape) and is fitted with small fukigaeshi.

The Saotome school takes its name from the village in the Hitachi province where it originated. According to the Meikō Zukan Fukan, the most important antique manuscript about Japanese armor, it was founded by Ietada, a samurai at the service of the Tagaya clan who started this activity after he became a ronin. The Tagaya clan were stripped of their 60,000 koku holdings after the Sekigahara battle due to their defection to the Uesugi clan, so it is probably after 1600 that Iesada founded the Saotome school, even if it is unclear how he managed to learn such skill in manufacturing helmets. The school remained active until the end of the 18th century, producing some of the finest samurai helmets.

The lineage of the Saotome school, as stated in the Meikō Zukan, includes Ieharu as ninth master, active when the manuscript was written, in the mid 18th century.

kabuto for sale. Price on application. 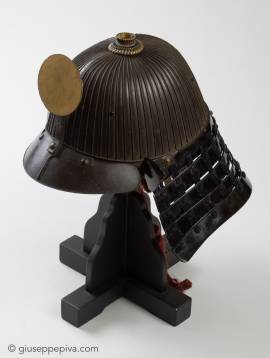 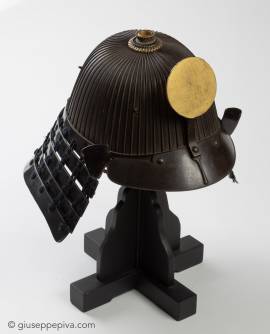 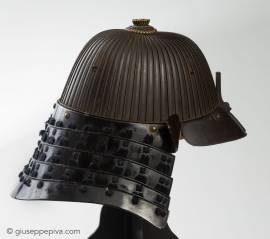 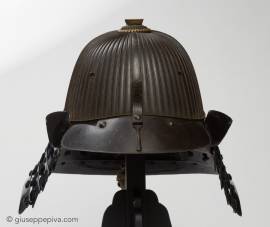 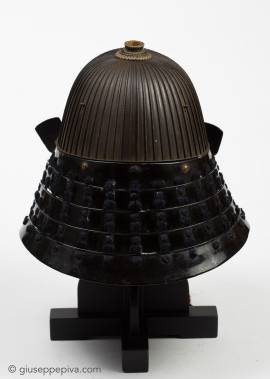 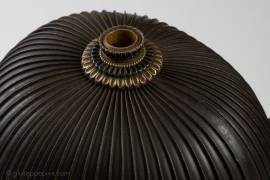 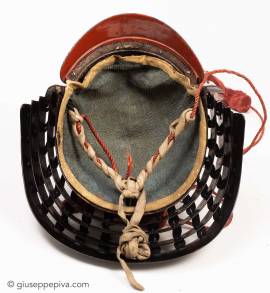