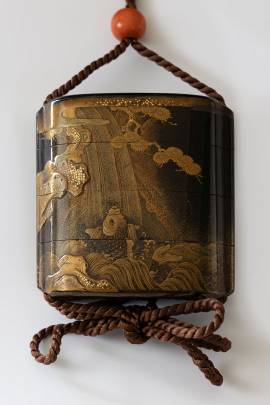 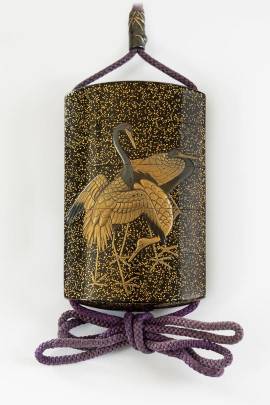 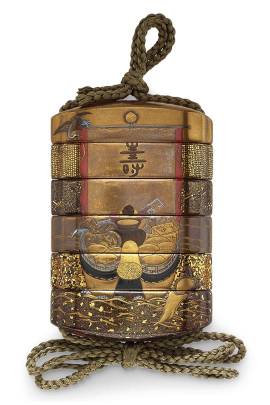 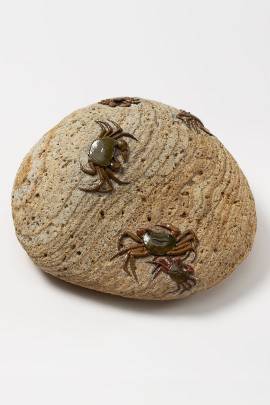 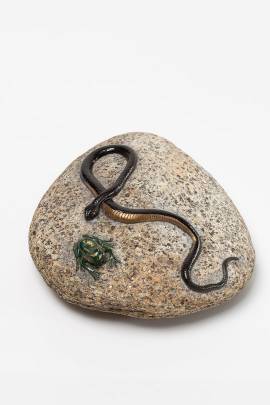 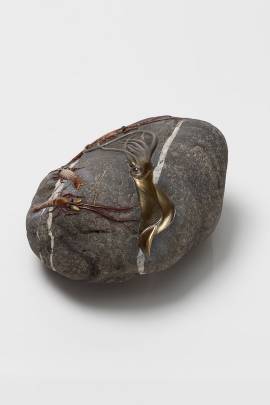 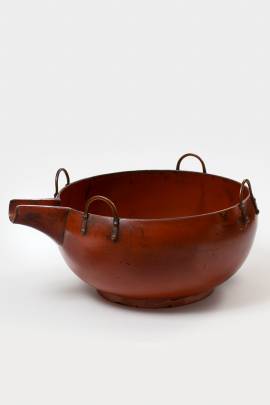 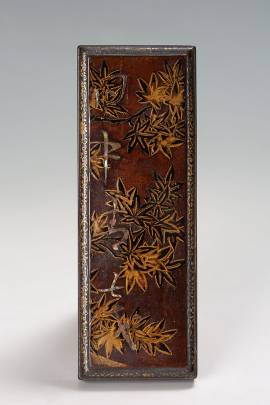 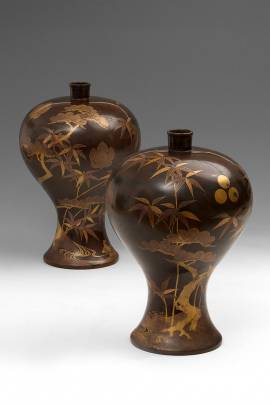 A pair of heishi 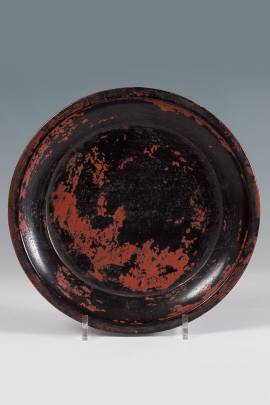 Negoro lacquer tray with a lobed motif on the back 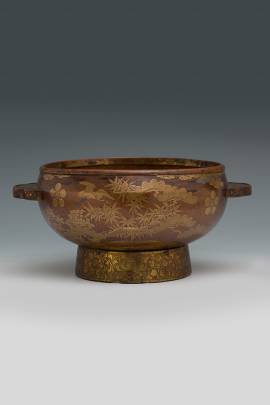 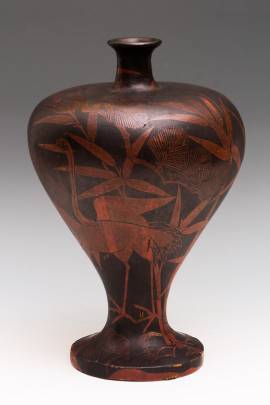 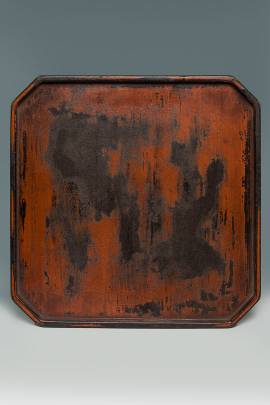 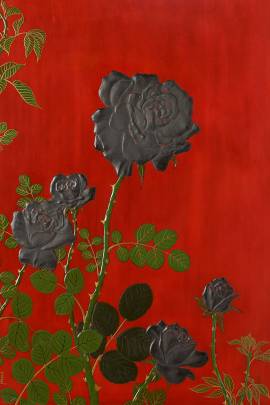 Lacquered panel with a bush of roses 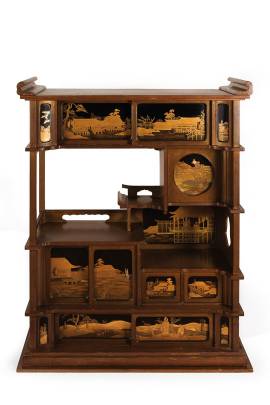 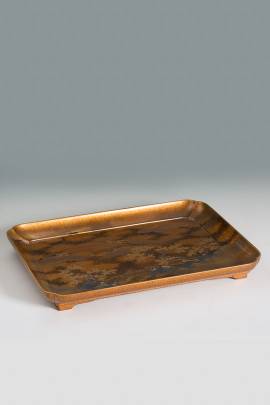 Lacquer - The Magic of Urushi

The manufacturing of Japanese urushi lacquer has always followed every aspect of the Japanese artistic handicraft. Water and heat resistant, it has been used indeed not only as upholstery for every kind of domestic utensil, but also for armors (yoroi), swords scabbards (katana), and so on.

As the process of hardening is very slow, as much as perfectly stable, the original Japanese lacquer later proved itself as an excellent support for every kind of decoration, from inserts of other materials to the most detailed illustrations made with gold powder, named maki-e. The artistic languages that developed for the production of lacquer over the centuries are an expression of the social and political life of Japan: we go from the sobriety of Buddhist works to the powerful asymmetry of the battles period, to the showed-off luxury of the centuries of peace.

Therefore, the original ancient Japanese lacquers include an enormous assortment of typologies of works, variable according also to the different ages:

- During the Muromachi period (1336-1573) the production of lacquer objects was related to the life in Buddhist temples; in particular, there was a development of Negoro red and black lacquer.

- Starting from the Momoyama period (1573-1615), the taste for golden maki-e decorations took over, and a great many types of lacquer objects began to be produced (typically, lacquer boxes of all sizes).

- The Edo period (1615-1867) is the one that saw the fashion for the Japanese lacquers take over, and most of the collections of original ancient Japanese lacquers nowadays are made up of works from this era. Trousseaus, writing boxes (suzuribako) and, above all, inro (small tied boxes) are among the most popular types in this period.

- In the Meiji period (1868-1912), the production of Japanese lacquer moved towards the European market too, and abandoned the typical opulence of the ancient lacquers. The major exponent of this era was Shibata Zeshin (1807-1891).

Are you looking for Antique Japanese lacquer?

The earliest known antique Japanese lacquers date back to 7,000 b.C., although it isn't yet clear whether these relics originated in China or in Japan. The commonly-accepted theory maintains that, from China, lacquer technology was introduced to Korea and from there to Japan. It is believed that lacquer was used during antiquity in Japan as well, but that the systematic application process was in fact developed by the Chinese. Nevertheless, following the discovery in Japan of lacquerware dating from the Jomon period, which runs from about 10,000 to 300 b.C., alternative theories emerged suggesting the technology may have also been developed independently in Japan.

In Europe, the first antique Japanese lacquers arrived at the start of the 17th century, imported by the Portuguese and the Dutch. They were mostly musical instruments and furniture, which instantly became fashionable due to their glossy coatings and refined decorations, far superiors in quality to their European counterparts.

The most valuable antique Japanese lacquers are the ones known as urushi, crafted with a technique which was already employed in Japan in prehistoric times, around 5,000 b.C. (when a number of lacquered items such as combs and trays where found in the Shimahama Tomb in Fukui Prefecture), but which only really flourished under influences from the mainland starting in the 6th century a.D. By the 9th century, however, the style had become unmistakably Japanese, and had come to include several new local techniques.

Urushi is the sap extracted from the eponymous tree, which, due to its adhesive properties, had initially been utilized in the manufacturing of hunting and military weapons. In time other features were discovered, revealing how all objects treated with the resin became not only resistant, but also sturdier and waterproof. Therefore urushi stopped being used only as a protection or decorative coating for existing objects such as chairs or suits of armor, but also to manufacture new objects, like containers and statues, with a support of different materials like wood or clay.

Since the 8th century, skilled master craftsmen have been producing exquisite works with these fabulous antique Japanese lacquers, introducing, over the centuries, many innovative and highly original techniques. In Japan, the use of lacquer wasn't limited to home furnishings and ornaments (oku-dōgu) or to ceremonial items (omote-dōgu), but extended also to religious objects and military equipment.

During the Edo Period (1603-1868) this art reached its maximum expressions, with the lacquering of a vast range of materials (precious metals in leaf or powder, white and iridescent mother of pearl, ivory, turtle, ceramic, even  eggshells and the skin of certain fish), which would be coated, protected and decorated with urushi.